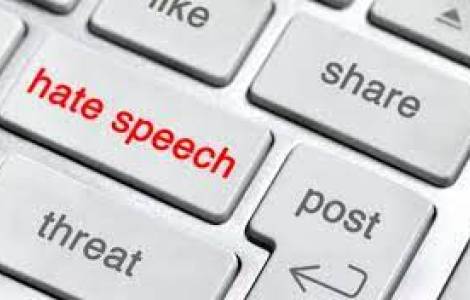 2022-05-25
76th anniversary of National Independence: the Churches renew their certificates of loyalty to the Hashemite Dynasty

Amman (Agenzia Fides) - The two-day conference dedicated to the theme "Media against hatred", organized by the Muslim Council of the Elderly and the Catholic Center for Studies and Media, begins today in Amman, established and directed by Jordanian priest Rifat Bader. Arab media professionals from different countries will take part in the conference, sponsored by Prince Ghazi bin Mohammad, Senior Advisor to the King of Jordan Abdallah II for Religious and Cultural Affairs. The initiative, promoted in conjunction with the Amman International Book Fair, aims to provide information and also potential antidotes to the rampant phenomenon of the so-called "media hatred", which sees the media and in particular the new social media fatally transform into tools for the dissemination of contents and interventions characterized by hatred, contempt and offensive language, which feed violence and fanaticism among indistinct multitudes of users exposed to the traps of fake news and ideological manipulations. The conference hosts speeches and discussions aimed at also delineating what is the impact of the current legislation and what are the responsibilities of institutions - governments, trade unions, self-control bodies of the media sector - in combating hate speech phenomena through media.
In Arab Countries, the "global" phenomenon of hatred conveyed through the media and social networks is alarmingly intertwined with the conflicts and convulsions of a political, military and sectarian nature that agitate the Middle East, fueling sectarianism and identity struggles which jeopardize the "coexistence of different people" in single nations. The Islamic Council of Elders had already expressed its commitment to supporting initiatives aimed at combating the phenomena of "media hatred": on February 4, 2020, two years after the signing of the Document on Human Fraternity for World Peace and Living Together, signed in Abu Dhabi by Pope Francis and the Sheikh Ahmed al Tayyeb, Grand Imam of al Azhar - recalls the Arab online site abouna.org - the Council had always promoted the Arab Media Gathering in the capital of the United Arab Emirates, during which the new “Code of Action on the Media for Human Fraternity” was released.
The Muslim Council of Elders, chaired by the Grand Imam of al Azhar Ahmed al Tayyeb, is an independent international organization established on June 18, 2014 to "promote peace in Islamic communities".
The body brings together scholars, experts and qualified representatives of Islamic communities, renowned for their wisdom and sense of justice, eager to work together to promote peace and stem internal conflicts, divisions and fragmentation within Islam. (GV) (Agenzia Fides, 27/9/2021)

AMERICA/COSTA RICA - Diploma in Communication and Catholic Media: "A difficult mission for which we must prepare"

AFRICA/ESWATINI - The Bishop: “The road to dialogue is marked by uncertainty”