EUROPE/ROMANIA - "The more we share the gift of faith, the more fruitful it is for ourselves": visit of the President of the PMS to Romania 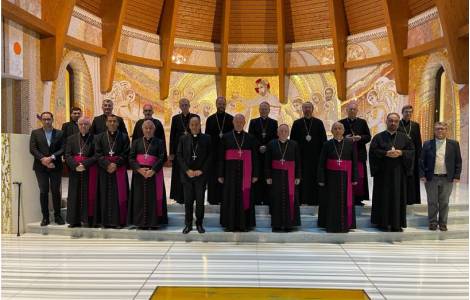 Bucharest (Agenzia Fides) - "The visit of the President of the Pontifical Mission Societies (PMS) Msgr. Giampietro Dal Toso to Romania will bring abundant fruit in the missionary spirit of the Romanian Church", says to Fides Fr. Eugen Blaj, National Director of the PMS in Romania. In fact, the assembly of the Bishops' Conference of Romania (CER) was held on September 20-22.
On this occasion, Archbishop Giampietro Dal Toso was invited to present the identity and activities of the PMS. The meeting place was the Carmelite Monastery of Ciofliceni, located near Bucharest. The visit is part of the preparation for the missionary month of October and also in view of the "great events" of 2022, such as the 200th anniversary of the birth of the Society for the Propagation of the Faith and the 100th anniversary of its recognition as "Pontifical"; the 150th anniversary of the birth of Blessed Fr. Paolo Manna, founder of the Pontifical Missionary Union; the 400th anniversary of the foundation of the Congregation of "Propaganda Fide".
At the beginning of the Assembly, after the presentation by the Bishops, the President of the PMS gave a speech in which he insisted on the relationship between faith and mission: the growth of faith, he remarked, also means the growth of missionary awareness. He then presented the need to promote the four Pontifical Mission Societies to the Bishops, each with its own specific charism: the Society for the Propagation of the Faith, Missionary Childhood, the Society of St. Peter the Apostle and the Missionary Union.
Another important aspect, which the President spoke about, was the relationship between the particular Church and the universal one.
The presence of the PMS in particular churches - he said - is a sign of participation in the universality of the Church and of the common responsibility to spread the faith in Jesus Christ so that all may attain salvation. Bishops become aware of the responsibility of sharing faith not only in their particular dioceses, but in the whole universal Church.
Expressing the hope that the Bishops will open the doors to all four PMS, the President mentioned in a special way Missionary Childhood, expressing the desire that children are given the opportunity to participate in the missionary life of the Church and to grow with a missionary spirit. "The President reminded us that a Church without missionary activity dies, instead a missionary Church will have a lot of life: in fact, the more we share the gift of faith, the more fruitful it is for ourselves", underlines Father Eugen Blaj.
After the presentation and a session of questions by the Bishops to deepen the topics covered, Archbishop Dal Toso presided over the holy mass of the CER.
On the second day of the visit, the President was invited to get to know the PMS headquarters in Romania. In the evening he concelebrated the Eucharist together with all the Bishops in the Roman Catholic Cathedral of St. Joseph in Bucharest. On this occasion he invited the faithful to live their missionary commitment so that they can, in turn, encourage others.
In Romania there are 12 dioceses, 6 Greek-Catholic of the Byzantine rite and 6 Roman-Catholic of the Latin rite, in addition to the Bishop of Chișinău (in Moldavia), who always participates in the CER meetings.
During the period of the pandemic the Bishops did not have meetings in presence: in this period two of them became emeritus, and participated as emeritus in the CER meeting, while, due to the difficulties related to Covid, three bishops were unable to participate in the meeting. (PA-EB) (Agenzia Fides, 22/9/2021) 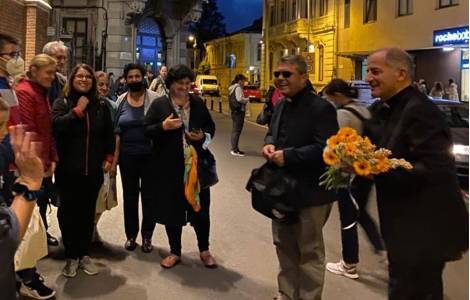