ASIA/INDONESIA - "Bringing the face of Jesus to the most abandoned places": the Sisters of the Holy Face and their mission among the last 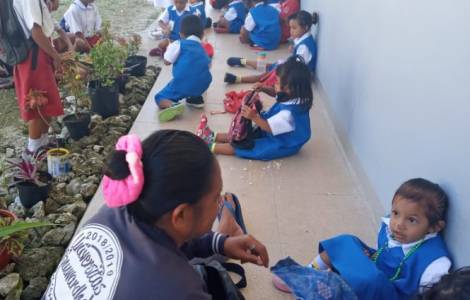 Koting (Agenzia Fides) - "It was October 24, 1991. My Congregation sent me as a missionary to Flores, a small island in Indonesia that I had never heard of". Thus begins the story of Sr. Aloisia dal Bo, from the Congregation of the Holy Face, C.S.V., to Agenzia Fides, on the occasion of her 30 years of presence in what was then for her an unknown land. "Being all unknown to me, after having studied a little geography and history, I embarked on my journey with the enthusiasm of someone who wants to be a 'gift' for poor, distant brothers, and see in them that disfigured Face of the Lord".
"On October 30, I arrived in Maumere - Flores, with Sr. Luciana Stella and the Mother General, Sr. Tiziana Codello. We had no home, no place, and no destination. After a long discernment, we decided to set up our first tent in Koting, a town on the outskirts but at the same time close to the city. The old church became our temporary home. After a brief period in Malang-Jawa, welcomed by the Passionist Fathers who helped us to study the language, we returned to Koting. Here I started teaching religion in primary schools of the town. There were no means of transport and every day I walked kilometers and kilometers, but it was nice because you met people and started learning about their customs and traditions".
"On Sunday - continues Sister Aloisia - I brought communion to the sick and the elderly. I came into contact with poverty, I listened to the story, the faith and the joy of their lives. I began to organize and animate the SEKAMI group (children of missionary childhood)".
The missionary's story continues full of zeal, remembering when the tragic earthquake of December 12, 1992 destroyed everything. "I began to share my suffering, tears, anguish, inner emptiness with my brothers, trying to give hope, healing the wounds and distributing what was left. I remember that the day after that tragedy, on Sunday, we celebrated Holy Mass in the ruins of the Church under the scorching sun, raising the hymn of faith and hope, giving thanks to the Lord for life and praying for the victims. For four months we lived with a family and then, until February 2000, in a bamboo house like all the locals, experiencing the discomforts and simplicity of a life without services and comforts".
Despite the daily pressures, Sister Aloisia never neglected the objective of her Mission. "Not a day has passed without the proclamation of the Gospel, human promotion, catechesis and group animation, visits to families. The purpose and goal of the Mission is to bring the face of Jesus to the most abandoned places, to restore it to the disfigured faces of the brothers oppressed by injustice, alone, abandoned".
Over the years, the CSV sisters have set up a kindergarten in Koting; opened the second mission house with the attached Novitiate in Ndona - Ende and, since 2008, they have lived in Kupang, capital of the NTT Province, in the third mission house where two Indonesian sisters began teaching preschool children, using the garage as a classroom, until they were able to build the new Nursery School in 2015. In Wekaseko-Flores, in 2009, the sisters opened a house for pastoral care and in 2012 in Weekombaka - Sumba Barat Daya. (ADB/AP) (Agenzia Fides, 15/9/201) 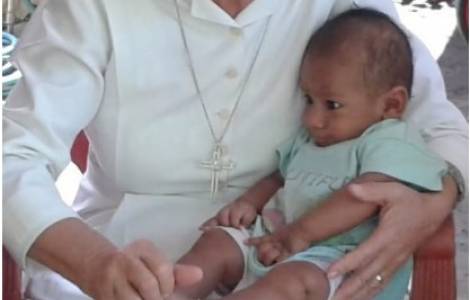