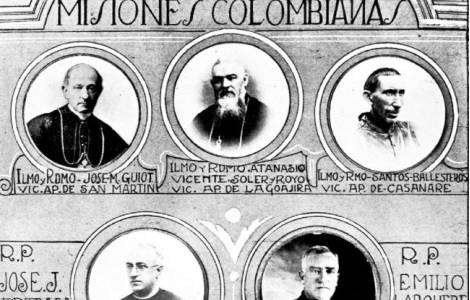 2021-10-11
The release of Sister Gloria, a moment of joy long awaited by the Church in Colombia

Bogota (Agenzia Fides) - "We announce Christ, who gives us life and hope" is the slogan chosen by Colombia for the next World Mission Day (Domund 2021), which Mgr. Mario Álvarez Gómez, Bishop of Itsmina-Tadó and President of the Episcopal Commission for Missions, illustrated during the National Assembly of the Pontifical Mission Societies (PMS), which took place in virtual mode on August 31.
In his speech, Mgr. Álvarez Gómez spoke about the awareness of our Ad gentes missionary responsibility as people of God. He then proposed to motivate the faithful to celebrate the 100th anniversary of the First National Missionary Congress, which took place in Colombia in 1924, proposed by Saint Laura Montoya, who encouraged the Nuncio Roberto Vicentini to promote and celebrate it. For this anniversary, the Bishop will propose to hold a Plenary Assembly of the Episcopate in 2024 on the theme of missionary commitment Ad gentes, to support the mission Ad gentes in Colombia and beyond the borders of the nation.
Another important moment of the Assembly was the intervention of Fr. Dinh Anh Nhue Nguyen, OFM Conv, Secretary General of the Pontifical Missionary Union (PUM), on the theme: "Biblical spirituality of the Mission". Fr. Dinh Anh Nhue Nguyen highlighted that biblical spirituality, enlightened by Christian Tradition, constitutes the pillar of the mission. From the heart of the Father springs the mission of the Son and the mission of believers. The profile of the history of mission is highlighted in these points: in the beginning God created the peoples, then he chose Israel, then Jesus Christ will come, then the re-election of Israel and in the end the salvation of all peoples. He then emphasized that the mission field is the whole world, the time of mission is eternity and that the first missionary mandate is to humanize the earth (that is, to fill it with humanity, harmony and peace, with God and in God) During the Assembly the manifesto for Mission Sunday was illustrated: in the center, Jesus with open arms, to welcome everyone; in the background the Cross, sign of the victory of love; the scene of the Eucharist (despite the pandemic) invites us to nourish ourselves with the Body and Blood of Christ; another image presents a family praying the missionary rosary for the whole world; then we see three missionaries (indigenous, Afro and mestizo) proclaiming the Gospel, which belongs to everyone and for all cultures; the last image is that of a nun who visits a sick woman, thus representing all the missionaries who are giving life and hope to those who suffer.
At the end of the Assembly, the three missionary anniversaries of 2022 were remembered: the 400th anniversary of the foundation of Propaganda Fide, today the Congregation for the Evangelization of Peoples; the 200 years since the foundation of the Society for the Propagation of the Faith; the 100th anniversary of the recognition of "Pontifical" for the Mission Societies. These anniversaries will be part of the program of the 4 Regional Missionary Congresses to be held in Colombia in 2022, in preparation for the XIII National Missionary Congress of 2024, which will celebrate the centenary of the First National Missionary Congress in national missionary history. (CE) (Agenzia Fides, 11/9/2021) 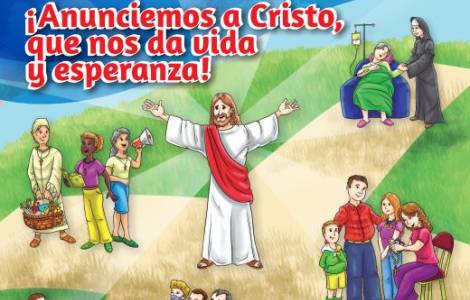 AFRICA/MOZAMBIQUE - Scalabrinian: Missionary Day brings us back to our communities around the world and to the new mission of Cabo Delgado

EUROPE/ITALY - Sandra Sabattini, a young woman who loved the poor for the love of God, will be beatified on World Mission Sunday

AFRICA/MOZAMBIQUE - Scalabrinian: Missionary Day brings us back to our communities around the world and to the new mission of Cabo Delgado

EUROPE/ITALY - Scalabrini and his passion for migrants, a key to interpretation for the contemporary world: towards the Scalabrinian Year