AFRICA/SOUTH SUDAN - Bishop Carlassare: "There is great hope for 'my' South Sudan" 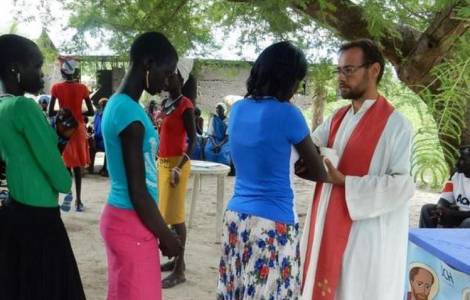 2021-09-16
"Suffering is God's accomplice": a small church is born inside the hospital of Naandi

2021-09-04
Ending the Culture of Murder: Call for Peace by Religious Leaders in Western Equatoria

AMERICA/PARAGUAY - The relics of "Chiquitunga", the first Paraguayan Blessed, return to their homeland

ASIA/PHILIPPINES - The Bishops of Northern Luzon: amid assassinations, corruption, pandemic we find ourselves in the "valley of death"