ASIA/IRAQ - Patriarch Sako: the synodal journey initiated by Pope Francis should treasure the experience of the Eastern Churches 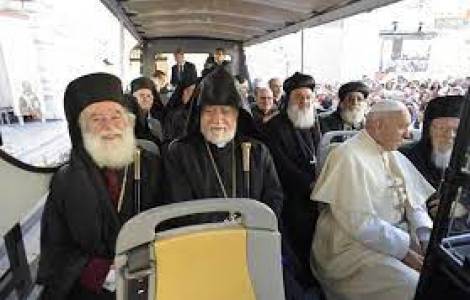 2021-10-06
Chaldean Patriarch Sako: the future of Christians in the Middle East depends above all on them

AMERICA/BOLIVIA - Week of Creation: Bishops invite Catholics to "take the lead in protecting the planet and the ecosystem"

AMERICA - "Synodal Church, missionary Church": dioceses of the continent united at the beginning of the synodal journey

ASIA/MYANMAR - Synod of Bishops on Synodality: For a Church on the move under the sign of mission

ASIA/MYANMAR - Synod of Bishops on Synodality: For a Church on the move under the sign of mission