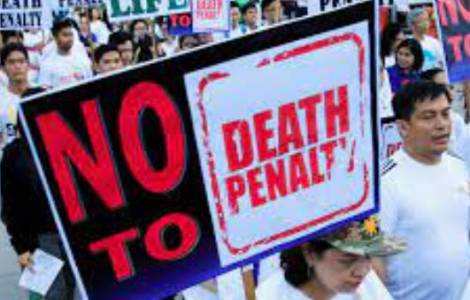 2022-04-27
Celebration of the 500th anniversary: a new impetus for evangelization

2022-04-21
National missionary congress to conclude the Jubilee: sharing the gift of faith

Manila (Agenzia Fides) - "Every person is precious as he is created in the image and likeness of God. Therefore, we firmly and unequivocally oppose the attempts of the current Congress to restore the death penalty in our judicial system. We believe that the penalty of death violates the intrinsic dignity of the person. No person is out of the possibility of redemption": this was stated in a message from the Commission for the Prison Pastoral Care within the Catholic Bishops' Conference of the Philippines joining the "Coalition against death penalty" in celebrating the 15th year of the abolition of the death penalty in the Philippines.
The message, released today, 24 June and sent to Agenzia Fides, is signed by Bishop Joel Baylon, Bishop of Legazpi and President of the Commission for the prison pastoral care. The text notes: "We believe that for no person a revision of life reform is impossible. Every person deserves a second chance to correct their mistakes. Pope Francis, in his teachings, has constantly emphasized that taking away life is inadmissible". Opposing the project to readmit the death penalty into the Philippine judicial system, the text notes that "the death penalty will primarily affect only the poor. Past experiences show that most of those who received the death penalty were destitute and poor individuals, who simply could not afford quality legal representation to defend them before the courts. "The death penalty, the message continues, "cannot work in an imperfect judicial system like ours. Once carried out, the death sentence is irreversible and there is no possibility of rectifying an erroneous sentence". The Catholic Church continues to affirm "the fundamental option for life and we are calling for the State to approve laws that make the criminal justice system more restorative and not simply punitive".
In view of next year's general elections, the Commission remarks: "We call on voters, especially our young people, to elect people who serve the nation according to justice, defending the cause of life and fighting the current culture of death".
The Philippines was the first Asian country to abolish the death penalty in the 1987 constitution, but the provision was reintroduced in 1993, during the administration of President Fidel Ramos to cope with the rising crime rate. A new abolition was passed in 2006, when then-president Gloria Macapagal-Arroyo signed a law that made life imprisonment the maximum penalty in the legislation. However, after his election in May 2016, President Rodrigo Duterte gave public support for the reintroduction of the death penalty. On March 2017, the House of Representatives voted by a large majority in favor of a bill to that effect. In the Senate, however, the bill ran aground due to opposition from the senators. The Philippine government did not abandon the idea and continued to consider bills to restore the death penalty. In 2020, President Rodrigo Duterte used his "State of the Nation Speech" to call for the death penalty with lethal injection for drug offenses or the most heinous crimes, and the debate on the possible reintroduction is still ongoing. It should be noted that the Philippines ratified both the International Covenant on Civil and Political Rights (ICCPR) in 1986 and its Second Optional Protocol to Abolish the Death Penalty (ICCPR-OP2) in 2007. (PA) (Agenzia Fides, 24/6/2021)

ASIA/INDIA - The Asian Bishops: Father Swamy is like Gandhi, "Saint of the poor", who died "as a true disciple of Christ"

AMERICA/VENEZUELA - Week for life, to be "defended, promoted, respected and loved"

ASIA/MALAYSIA - Lent dedicated to the protection of life and creation