AMERICA/COLOMBIA - Car bomb attack in Cucuta: "nothing justifies these senseless and blind acts", the Church calls for reconciliation 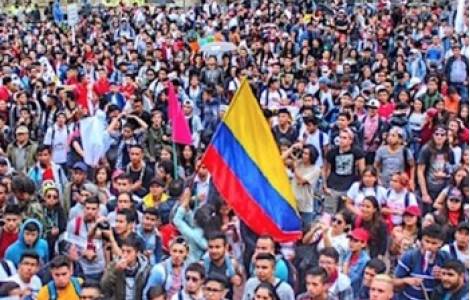 Bogota (Agenzia Fides) - "Following the teaching of the Church, the Bishops proclaim that nothing justifies these foolish and blind acts, which deeply wound human dignity and constitute a very serious offense against all humanity, since they are one of the most brutal violence". With these words, the Episcopal Conference of Colombia expresses its "categorical rejection" in the face of the terrorist act of Tuesday, June 15 to the 30th Brigade of the National Army in the city of Cucuta, and expresses its solidarity with the wounded people and for the damage caused by this violent act. According to the latest information, the death toll from a car bomb explosion that entered the compound of a military base in eastern Colombia is at least 36 injured, some of them serious. For the Minister of Defense, Diego Molano, the first hypothesis is that the guerrilla organization of the Eln (National Liberation Army) is at the origin of the criminal act, but the possible involvement of dissident groups from the rebel organization Farc (Revolutionary Armed Forces of Colombia) is also being assessed.
In their press release, the Colombian Bishops "offer their prayers for the victims of this cruel attack" and at the same time express "their closeness and solidarity with their families, the President of the Republic, the Minister of Defense, members of the 'National Army and Public Force, as well as the whole community of Cucuta". Likewise, they are fraternally close to Monsignor Víctor Manuel Ochoa Cadavid, Military Ordinary of Colombia, and to all the faithful of the Bishop's Palace, as well as to Monsignor José Libardo Garcés Monsalve, Apostolic Administrator of Cúcuta, and to his diocesan Church. The message ends with an invitation to the Catholic community "to continue to pray so that all violence between us ceases and that the united Colombian people can overcome evil with the force of good". Colombia continues to live in a climate of tension after the negotiations between the Colombian government and the National Strike Committee ("Paro"), which began after more than a month of protests during which more than 40 people died ( see Fides, 24/5/2021; 7/6/2021).
Following this decision, Monsignor Hector Fabio Henao Gaviria, director of the National Secretariat for Social Pastoral and who is the guarantor on behalf of the Catholic Church, has launched a new appeal to the parties to maintain the will to negotiate. "We must make an effort to make the negotiations more and more credible - he said - to maintain contact with the aspirations of citizens, we must collect the voices of young people in particular, the voices of those who suffer the consequences of a very high unemployment rate and lack of opportunities; as such, we must collect the voices of the territories".
Monsignor Henao Gaviria stressed that it is important to continue to move towards a path oriented towards "transformations that make it possible to heal many shortcomings and wounds of the past" and, moreover, to "create the conditions so that Colombian society can have human, integral, united and inclusive development as a whole". To this end, he added, "the Church invites us to create a climate of reconciliation". (SL) (Agenzia Fides, 17/6/2021)