AFRICA/EGYPT - Luxor hospital asks Egyptian Christians to give their 'tithe' 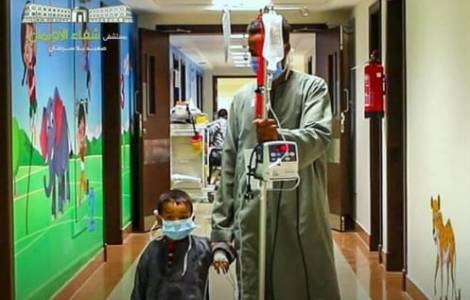 Luxor (Agenzia Fides) - "Donate your tithe to help cancer patients, and remember that tithing is a sacred duty for every Christian": the fundraising campaign promoted by al Shefaa Orman Hospital in Luxor, a non-state hospital for cancer located in the city of Luxor, Upper Egypt uses imperative and pressing terms. The originality of the subscription launched by the health center consists in the fact that it seems to be aimed in particular at Christians, and that it seems to use the reference to "tithe" as a ploy to convince potential donors. It is a traditional form of almsgiving, of biblical origin, familiar to the historical memory of the Churches of the East and the West. The campaign promoted by Shefaa Orman Hospital recalls certain passages in the Bible that exhort to charity and recall the importance of almsgiving. It also uses a verse from Saint Paul's second letter to the Corinthians, in which the Apostle to the Gentiles exhorts the baptized to give alms "to whatever he has decided in his heart, without sorrow or compulsion, for God loves he who gives with joy" (2 Corinthians 9,7). An unexpected side effect of the campaign launched by the Luxor Cancer Hospital has been the appearance in Egyptian media such as CoptsToday and Dostor of articles on traditional almsgiving practices linked to the banality of church life. Specialists in the history of the Bible have again proposed passages from the Old Testament in which the practice of giving as a gift the tenth part of one's property and income, including Jacob's famous "vow" reported in the book of Genesis is mentioned for the first time. ("If God remains with me, to protect me on this journey I am making and to give me enough bread to eat and clothing to wear, and I come back safe to my father's house, the Lord shall be my God.
This stone that I have set up as a memorial stone shall be God's abode. Of everything you give me, I will faithfully return a tenth part to you", (Gen 28, 20-22). In speeches published in the Egyptian media, reference was also made to the tithing practices of Coptic Orthodox Patriarch Shenuda III in his book on "Spiritual Instruments". Other reflections made it clear that the tithes offered by Christians are intended primarily for the poor, the sick and the prisoners, and can also be given to non-Christians, since no passage of the Gospel prescribes to reserve the alms to the baptized only. Jesus himself indicates as a model of genuine charity the Good Samaritan, who saved a Jew from death, despite the fact that there was enmity between the two peoples, it was pointed out. Other speakers stressed that the practice of tithing is part of the spiritual heritage of the Coptic Church, and above all - and this is of great importance - that the distinctive genetic trait of any authentically Christian gesture of mercy is of gratuity, which arises from gratitude for the gifts received. For this reason, any speech aimed at presenting alms, gifts and gestures of bodily and spiritual mercy as "due acts", prescriptions to be imposed on the baptized by virtue of an alleged - and non-existent - "contractual obligation" of which they should be "informed", hardly conforms to the theological nature of Christian charity. (GV) (Agenzia Fides, 16/6/2021)

ASIA/HOLY LAND - Together with the little deaf and dumb, in honor of Paul VI: the Effetà Institute of Bethlehem celebrates its "Golden Jubilee"

AFRICA/ETHIOPIA - The Salesians: we share what we are and what we have with the people who suffer

AMERICA/NICARAGUA - Cardinal Brenes: "Let us be missionaries of the Word so that many may be transformed"