ASIA/HOLY LAND - Jerusalem, the Latin Patriarchate announces the "Annual Peace Day for the East" and announces the consecration of the region to the Holy Family of Nazareth 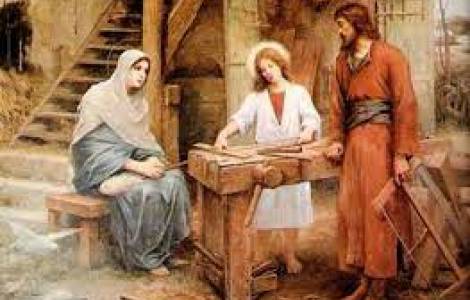 2021-09-02
Solar panels at the University of Bethlehem and in Catholic schools, to guard the "common home" and concentrate resources in educational activities

2021-07-03
"Smile therapy" sponsored by the Latin Patriarchate, to help Palestinian women cope with psychological pressures and heal their internal wounds

Nazareth (Agenzia Fides) - A "Peace Day for the East", which will be celebrated every year with a special Eucharistic liturgy "to implore God's Mercy and His Peace on this beloved Middle East, where the Christian faith was born and is still alive, despite the sufferings". This unprecedented initiative was announced by Archbishop Pierbattista Pizzaballa, Latin Patriarch of Jerusalem. The Patriarch, who is also President of the Assembly of Ordinary Catholic Bishops of the Holy Land, in addition announced that in this year 2021, dedicated to Saint Joseph, there will also be a special Middle Eastern Consecration to the Holy Family during Mass on the first Day of Peace, scheduled for Sunday, June 27 in Nazareth, in the Basilica of the Annunciation. "On the occasion of the celebration of the 130th jubilee of “Rerum Novarum” the encyclical issued by Pope Leo XIII on May 15, 1891, concerning “Rights and Duties of Capital and Labor”, explains Patriarch Pizzaballa in a message released by the official channels of the Patriarchate Latin of Jerusalem, the Episcopal Committee 'Justice and Peace', which emanates from the Council of Catholic Patriarchs of the Middle East, has launched the annual Mass initiative during a day that will be called 'Peace Day for the East', for this year on Sunday, June 27, 2021, at 10:00 am".
A Eucharistic liturgy for peace in the Middle East region will be celebrated in each one of the countries belonging to the Council of the Catholic Patriarchs in the Middle East. On Sunday, June 27, in Nazareth, in the Basilica of the Annunciation, in the Mass presided over by Patriarch Pizzaballa and concelebrated by the ordinary Catholic Bishops of the Holy Land, an icon of the Holy Family, specially painted and inlaid with relics kept in the same Basilica will be blessed. The icon represents the painting of the Holy Family of Nazareth, which rests above the altar of St Joseph Church, in Nazareth, where, according to tradition, the Carpenter’s house was. "Once blessed" Patriarch Pizzaballa reports in his message, "the Icon will go on a pilgrimage, starting from Lebanon, to the countries of the East, until its arrival to Rome towards the end of the year of St. Joseph, on December 8, 2021. From Rome, the Icon will travel back to the Holy Land where it will remain". The Holy Father Pope Francis will give his special Apostolic Blessing for the “Peace Day for the East”. (GV) (Agenzia Fides, 14/6/2021)

AFRICA/SOUTH SUDAN - Message from the Bishops: do not derail the path towards peace