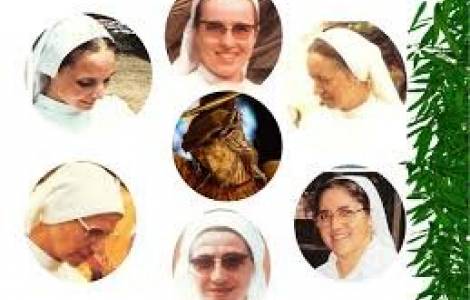 2021-09-24
Pope Francis to the Bishops of Europe: let us ask the saints for help, instead of complaining about bad times

2021-09-17
Pope Francis to Movements and new ecclesial communities: humility and gratuitousness so as not to suffocate the gifts of the Spirit

2021-09-13
"The missionary, a point of light of the universal Church": memory of Monsignor Henryk Hoser

2021-09-08
Mary Mother of all, regardless of ethnicity or nationality: 25th International Mariological Marian Congress

2021-09-06
Third edition of the multimedia course: "Communication is Mission"

ASIA/KAZAKHSTAN - The beatification process for Gertrude Detzel, missionary in the Gulag, opens

AMERICA/BRAZIL - 36 years after the murder of Father Ramin: by following his example, we renew our commitment to the poor and creation

ASIA/INDIA - Attack on nuns, closure of the emergency department of a Catholic hospital