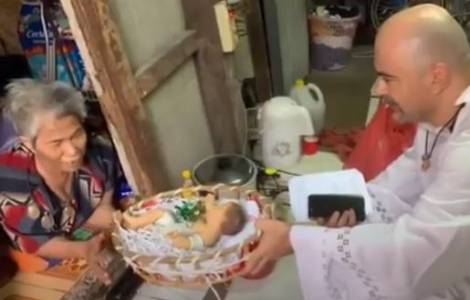 2021-03-01
10th Anniversary of the presence of the Xaverian missionaries at the service of the poor and the last, "by witnessing the Gospel of Jesus"

2021-02-25
Missionaries and small Catholic communities in the village of Papae, a bath of humanity and spirituality

Bangkok (Agenzia Fides) - "It all started in 2007 when, during the General Chapter, it was decided to open a new missionary presence in Asia. In times of crisis, marked by the decline in vocations, the aging of the staff and the difficult situation in certain missions, it was a sign of hope for the whole Institute, called to set out again and to reposition itself in a new world and ecclesial context.
Hence the choice of Thailand, where the first two Xaverians arrived in January 2012". This is what Father Alex Brai, a Xaverian missionary, reports in an interview with Agenzia Fides, speaking of how the spiritual children of Saint Guido Maria Conforti took their first steps in the Asian country. "Like every beginning - says Father Alex - ours too was full of hope and trust, but at the same time it was fraught with difficulties.
We dedicated the first two years exclusively to the study of the language, attending courses in schools specifically for foreigners and constantly exercising to pronounce sounds completely absent in our alphabet. Another reality with which we had to confront - he continues - was Buddhism: in Thailand, it is a cultural phenomenon, before being a religion. Here, in every house, in every public space, on the streets, as well as in the numerous temples, explicit references to Buddhism abound". The missionary observes: "This is a fascinating aspect for us, but also a challenge to be able to enter such a different world, with unusual visions and mentalities, without letting ourselves be led by cultural and religious prejudices".
It is especially among the most needy and non-Christians that the Xaverian missionaries choose to bear witness to the Gospel of Jesus in Thailand. "Faithful to the charism of our institute - explains Father Brai - we are committed to collaborating in the work of Evangelization among the villages of the north, on the border with Myanmar. At the beginning of our presence, the number of Catholic families was around 70. Besides managing the life of this small Christian community - he continues - we made contact with the surrounding villages where there was no Christian presence. Through our help in schools, visits to the sick and a number of activities aimed at children, especially in the poorest villages, we are getting to know the reality and making ourselves known".
In Bangkok, the religious work in the slums: "Here too, the charity of Christ urges us - Father Alex reports - to bring us closer to the poor, the last and the excluded. Every day, we visit the sick, the elderly, children in difficulty, without relatives or someone who takes care of them".
"Ten years after our arrival in Thailand - concludes the religious - the problems to be solved are still many and the challenges to be faced are many: in our small way, with the help of God, we are sure that our presence, sharing in the simplicity and our fraternal proximity are the basis for building a better future". (ES) (Agenzia Fides, 1/3/2021)

ASIA/HOLY LAND - Patriarch Pizzaballa: the proclamation of the Gospel passes through the gratitude of "forgiven sinners", such as Mary Magdalene

ASIA/PHILIPPINES - Evangelization in the millennium: the Jubilee of faith and the challenges of the future

ASIA/PHILIPPINES - Easter marked by 500 years of evangelization: the Jubilee begins

AFRICA/GUINEA BISSAU - The Bishop of Bafatà died of Covid: the first Brazilian missionary Bishop of a mission territory outside Brazil