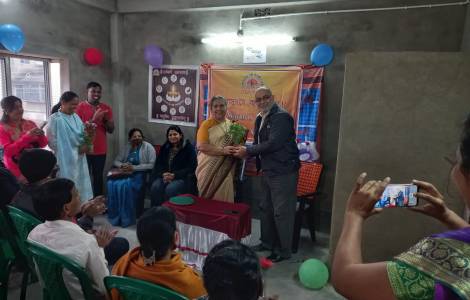 2021-12-04
The Indian faithful honor Francesco Xavier, Patron of the missions

2021-11-30
Jubilee of Catholic students: building a just and peaceful nation

Calcutta (Agenzia Fides) - "Taking care, helping and serving others without distinction of caste or religion is the way to manifest God's love for human beings": with these words, released to Agenzia Fides, Sister Lucy Kurien , a religious of the institute of the Holy Cross of Chavanod, reports the opening of a new home for women and street children in Calcutta. For 35 years the nun has been working in favor of welcoming and restoring their dignity to women and children. The house which has just opened is the 50th center run by Sister Lucy (located in the states of Kerala, Maharashtra, Jharkhand) and is the first in West Bengal . "We have the grace to open our new center in Calcutta, where Saint Mother Teresa of Calcutta, foundress of the Missionaries of Charity, lived and worked. I was inspired by her during my youth", Sister Kurien told Fides. During her youth, in the time of her formation, the nun used to work as a volunteer in the homes of the Missionaries of Charity in Bombay, in the west of the country. "The encounters and experiences I had with the Missionaries of Charity made me aware of the importance of social and missionary service in favor of women and street children", she says. Sister Kurien is the foundress and director of the Maher Humanitarian Network - literally my mother's house in the Marathi language - which is headquartered in Pune and runs a series of centers for people living in poverty and destitution in various parts of India. "Maher is grateful to all of our friends and neighbors who came to visit us and offered their help. This is an encouraging initiative even though the fear of Covid-19 is in all of us. Love can overcome all fears. We have the strong hope that everything will go well", said the nun, defined by many as a "heroine" for having rescued thousands of children from the streets in India through her "Maher" organization. "Our Center offers all-round support - physical, emotional, mental and spiritual - to women and children for their well-being, so that they can experience safety and protection, to grow up and live as people with dignity and responsibility within society", explains Sister Kurien. "Our work continues to help these women and children in difficulty by trusting in the power and grace of God. It is a work of divine mercy, accomplished thanks to human means: people of different religious background and of different religions are willing to help their neighbor for the common good. God willing, other houses for women living in the streets and for needy children will open in other areas of India, she added. The nun is the only Catholic among the 20 women whom the Indian government has honored by awarding her the Nari Shakti Puraska, an award intended for those who work in favor of female emancipation that she received on March 8, 2016 for her exceptional contribution to the society. In recent days, she has been named one of the 100 most influential people in the world during the 2020 pandemic crisis by Austrian magazine "OOOM". (SD-PA) (Agenzia Fides, 19/1/2020) 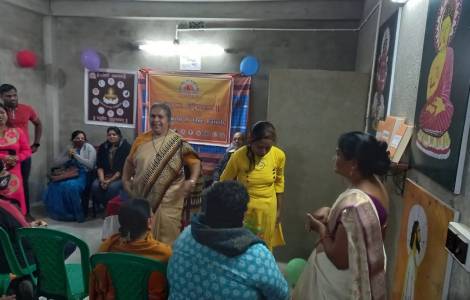 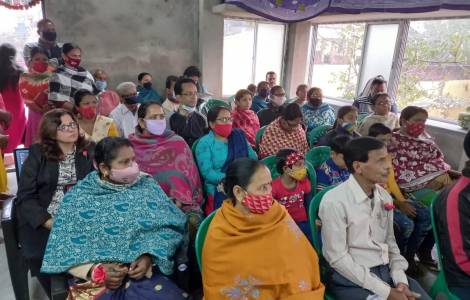 ASIA/MALAYSIA - The Archbishop of Kuching: living Advent alongside the poor

ASIA/SOUTH KOREA - Initiatives for the benefit of the poor and the homeless: "It is above all the loving care that nourishes every person"

ASIA/MYANMAR - Spiritual comfort for the faithful, between conflict and pandemic

AFRICA/MOZAMBIQUE - Evangelization and charity: the first community of the Sisters of Don Orione

AFRICA/MADAGASCAR - The mission of the Dehonians: help and hope, "Gospel" for the poorest