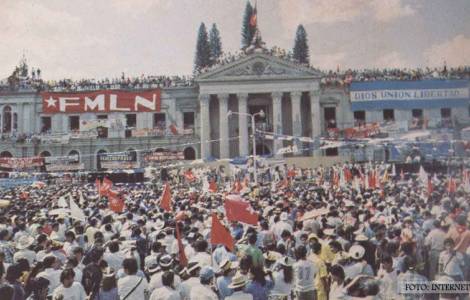 2021-02-08
Cardinal Rosa Chavez: "we are experiencing a society that is environmentally, morally, mentally and perhaps even politically contaminated"

2021-01-18
The Archbishop of San Salvador: after 29 years the peace agreements have yet to be fulfilled and injustice continues

2020-10-17
Water recognized as a public good and human right: the satisfaction of the Church

San Salvador (Agenzia Fides) - In his usual Sunday meeting with journalists, the Archbishop of San Salvador, Mgr. José Luis Escobar Alas, yesterday dwelt as a first point, on the request made to Congress for an amendment to the Constitution, so that the human right of every citizen to adequate food is drafted. In fact, the citizens of El Salvador do not enjoy this right even though the country has signed the agreements proposed by the United Nations since 1948. As the Archbishop pointed out, "the country lacks a food and nutrition security policy. We hope - he added - it will be approved in the assembly on January 19th". The Archbishop then dwelt on the "Acuerdos De Paz" (Peace Accords) of 29 years ago, pointing out that they should not continue to be celebrated, as the population is still awaiting their realization. Furthermore, the change of name made by President Bukele is of little interest, he commented, the contents are much more important than the name. On January 16, 1992, the government signed a peace agreement with the left-wing guerrillas at Chapultepec Castle in Mexico City, putting an end to a 12-year civil war in which 75,000 people died. The Peace Accords were initially a good thing, but everything remained there, said the prelate: "The required peace process did not take place, all the families of the victims were disappointed and the entire population is defenseless against the law of amnesty that did not allow justice". "It is true that the first agreement was to live in a democracy, but the injustice continues", said Mgr. Escobar Alas. "29 years have passed since this signature, and we do not see the actual reform that was proposed. It is a very sad thing - he said -. For example, the tax reform. Nothing has been done about it. The poor continue to pay the same taxes as the rich. The pension reform, another similar case. The educational reform, still nothing. Only with the constitutional reform of water have we succeeded in our intent, but with great difficulty and without the proposals of a total reform. That is why these Peace Accords are not seen in this sense. There is always violence. That is why we insist that the Peace Accords have been a good thing, but still need to be realized, to give rise to a new society". Then he stressed that "celebrating the Agreements that have not been implemented is a real sin, it makes no sense. We want justice, and justice for the people. We have already proposed the Reconciliation Law for 5 years, but still nothing", concluded the Archbishop. (CE) (Agenzia Fides, 18/1/2021)

AMERICA/BOLIVIA - Devastating drought for the communities of Tarvita

ASIA/MYANMAR - Buddhist monastic order to the military: call for an end to violence, it is urgent to start negotiations