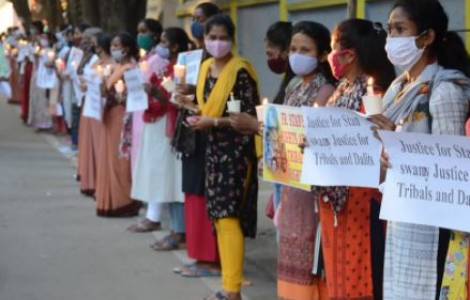 2021-02-15
Resignation and succession of bishop of Dibrugarh

2021-02-12
Resignation and appointment of metropolitan archbishop of Karachi

Jaipur (Agenzia Fides) - Today, January 15, 2021, the 83-year-old Jesuit Father Stan Swamy, who has been imprisoned in Taloja Prison in Mumbai since October 8 for alleged sedition, has been detained for a total of 100 days. "His arrest will go down in the annals of India's dark history as one of the state's most brutal crimes in the state. The Jesuit priest, Father Stan dedicated 35 years of his life to working for the dignity and development of the Adivasi in Jharkhands. It is sad to see that he was not rewarded for it, but punished and imprisoned", reads a note sent to Agenzia Fides by his Jesuit brother, Fr. Cedric Prakash, one of the promoters of an awareness and protest initiative. As reported to Fides, the Indian Jesuits, along over one hundred civil society groups in India, jointly organized a solidarity initiative with Father Stan, demanding the immediate release of the Jesuit and that of 15 other activists arrested along with the religious. "The Maharashtra police force and the National Investigation Agency (NIA), the anti-terrorism task force, have tried to suppress the democratic voices of dissent through false accusations and persecution and to silence human rights defenders", the statement said.
Prosecutors claim that all 16 people, including Father Stan, worked with the illegal Maoist party that seeks to overthrow the state's elected government. Participants in an international initiative are calling for justice for Father Stan Swamy and the other 15 arrested persons and their immediate release, as well as the abolition of the Unlawful Activities Prevention Act (UAPA), on the basis of which many activists are in prison. The awareness-raising campaign, carried out mainly online and through social media events, will continue until January 26, 2021, Republic Day, "as part of our joint campaign to emphasize the values enshrined in the Preamble of the Constitution". The UN Special Rapporteur on Human Rights, Mary Lawlor, who will take part live from Geneva in the online event organized in India, also supports Father Stan. Others present online include Professor Virgina Xaxa, a social scientist and Dorothy Fernandes of the Forum for Justice and Peace, among many others. The well-known Indian dancer from Darpana, Mallika Sarabhai, will perform and speak in the spirit of solidarity with Father Stan. Similarly, ethnic Santhali dancers will perform a so-called "lament dance". (PA) (Agenzia Fides, 15/1/2021) 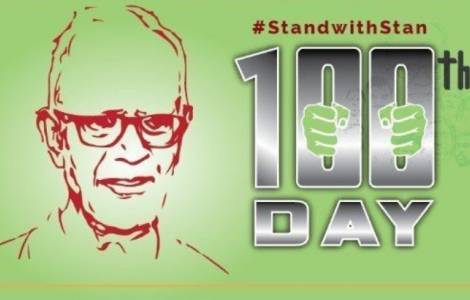 AMERICA/HAITI - About 4 million people affected by food insecurity: the country is on the brink of abyss