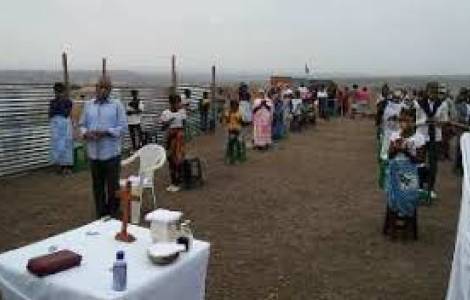 2021-02-22
Missionaries' warning: young people risk losing their faith due to the pandemic

Kikolo (Agenzia Fides) - "An identity card is precious, because without it one does not exist for the state and society", says in a letter to Fides Father Renzo Adorni, priest of the Society for African Missions, who lives and works as a missionary in Angola. "It is an important service for our people, who enable the many farmers who have emigrated from the countryside to the city to have an identity. In their village these people did not need an identity card because everyone knew everyone. Up to 22 December about 7,700 identity cards were registered".
"This precious service that the Catholic Church is offering the people of the district of Kikolo, northern outskirts of Luanda", said the missionary, who works in the parish of Bom Pastor, "was made possible thanks to the great commitment of our young people from the Justice and Peace Commission. In fact, on January 6 we resumed activities with them and in cooperation with the provincial authorities so that we can register as many undocumented people as possible at the registration office. With regard to the pandemic, Father Adorni emphasizes that many people do not die from Covid-19 but from the economic, family and social consequences of the crisis. "The majority of Luanda's approximately 7 million people live in our poor suburbs. People and families who are already surviving from long economic crises and the effects of corruption with insecure jobs, starvation wages, little or no social protection, by doing a little trade in the market without knowing whether they will have anything tomorrow. They only hope that malaria, typhoid, tuberculosis, tumors, various infections and witchcraft will not make an already difficult life even more difficult for them". The social situation is not comforting, as the missionary explains: "For some months young people, exhausted, have taken to the streets to protest. At the end of November, some young people even climbed the large monument dedicated to the 'Father of Independence', Agostinho Neto. Despite the riots, during which several young demonstrators were arrested, "this was not in vain: President João Lourenço met the representatives of the demonstrators for talks", said the missionary. "For a few months we have been celebrating in the parish courtyard, because there is more space, it is healthier and furthermore it is easier to keep your distance.
Due to the curfew - he continues - Jesus had to celebrate mass at 4.30 pm on Christmas Eve. On the day of the Epiphany of the Lord I was pleasantly surprised by the large number of faithful who came to present their children born in 2020 to the Lord". (RA/AP) (Agenzia Fides, 14/1/2021) 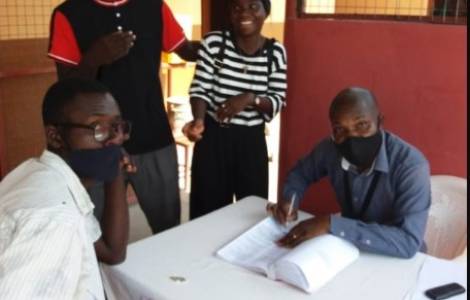