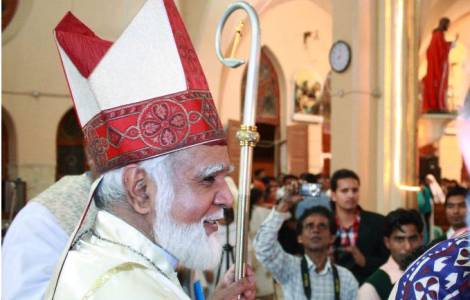 2021-02-27
Another Christian student kidnapped: The number of cases is increasing in Punjab

2021-02-05
Launch of the Year dedicated to Saint Joseph, "model for the family, the Church and society"

Karachi (Agenzia Fides) - Fifty years of priesthood in the name of Harmony which is his episcopal motto: this is what Cardinal Joseph Coutts, Archbishop of Karachi said in an interview with Agenzia Fides on the occasion of the Golden Jubilee of his priestly ordination, which he celebrates today with a solemn thanksgiving mass in the Catholic Cathedral of Karachi.
Joseph Coutts was born on 21 July 1945 in Amristar, and was ordained a priest on 9 January 1971 by Bishop Felicissimus Raeymackers OFM Cap, then Bishop of Lahore.
After studying in Rome from 1973 to 1976, he went back to Pakistan, was professor of philosophy and sociology in the Christ the King seminary of Karachi and from 1986 to 1988 he was also Rector of the St. Mary Minor seminary in Lahore. Appointed Bishop of Hyderabad from 1988 to 1998, he was Bishop of Faisalabad from 1998 to 2012. He was then called as Archbishop to lead the Archdiocese of Karachi on 25 January 2012 and elevated to the rank of Cardinal by Pope Francis on 28 June 2018. The Catholic University of Eichstatt-Ingolstadt in Germany awarded him the "Shalom Prize" in 2007 for his commitment to interreligious dialogue in Pakistan. Here is the interview released to Agenzia Fides:


Your Eminence, what are your feelings today?

"I am grateful to God for this vocation of Priesthood in which I will be completing my fifty years on 9 January 2021. It is a wonderful journey that is full of joy and challenges. Working with parish communities, serving in seminaries, leading the human development and social services missions of the Church, first as vicar general then Bishop, Archbishop and Cardinal has numerous good times and bad times, but I see God is good with me and helped me to carry on to witness Him, with patience and meekness, amidst joys and difficulties".

Can you retrace your life as a priest and then as a Bishop in this half-century in Pakistan?

"Pakistan is big country that occupies an area of 796,095 square kilometers. The Lord called me to serve him in the five out of seven Catholic Dioceses of Pakistan including the apostolic vicariate of Quetta, which was formerly part of the Catholic Diocese of Hyderabad.
During my 10 years as a Bishop in the Catholic Diocese of Hyderabad which extended between the two provinces of Pakistan, Sindh and Baluchistan, most of my time was traveling in jeans and jogging gear because the area was so extensive that I had to travel up to 700 kilometers to visit the Catholic communities. I was traveling in the desert area of Sindh which borders with India and also in the hilly and mountainous area of Baluchistan, which borders Afghanistan. Due to long distances and differences of the culture, languages, customs, lifestyle and weather, I committed myself to the creation of a new ecclesiastical unit in Quetta, which was approved by the Holy See in November 2001".

Can you tell us some particular aspects or episodes of your mission?

"I used to travel between the two provinces by public transport bus, because the train journey was too long and there are still no air services between Hyderabad and Quetta, while driving by car was very risky on long routes. It was a way to be alongside ordinary people. I was could see songs and videos that Indians and Pakistanis made on buses for the entertainment of passengers. I was very happy with the creation of the new ecclesiastical unit in the province of Baluchistan, in Quetta: I worked there with 8 priests , I also ordained the first Catholic priest there and invited the Salesian missionaries who are still present in the area".

How did your history of apostolic service continue?

"In 1998, after the death of the Bishop of Faisalabad in tragic circumstances, I was transferred to Faisalabad, a thousand kilometers from Hyderabad, to work in a situation that was very challenging in that diocese. When I arrived at the Bishop's residence, I was surprised to see that the wall clocks in the house and office had stopped. I saw it as a sign: we had to start over again. I started my mission work there by installing new batteries in those clocks. At the time Islamic extremism was on the rise in Pakistan, the war in Afghanistan was underway, then there was the 9/11 attack on the twin towers in the USA, the growth of Al-Qaeda and the violence of the Taliban was significant. Several Christian villages were attacked, as well as Churches by Muslim extremists to take revenge for the war unleashed by the USA, thinking that we Christians in Pakistan were agents of the Americans or their supporters: it is an idea that we have always contested, because we Christians in Pakistan are fully Pakistani citizens".


How did you live the moments of suffering and violence against Christians?

"I remember the serious attacks on the Christian village of Gojra and the suicide bombings on the All Saint’s Church in Peshawar. I understood the need not only to protect ourselves, our religious minorities, but to reach out and collaborate with the moderate Muslim leaders who were also suffering for this kind of terrorism and discrimination in the various Islamic communities.
Pakistan is country that has 95percent of Muslim population, so it is considered as a good breeding ground for the growth of extremist groups and to spread violence and terrorism but still there are many Muslim Clerics who oppose this agenda of violence, fanaticism and extremism that is propagated in the name of Islam. We try to establish an alliance with them in the name of human dignity and peace".


What is your view on the status of religious minorities in Pakistan?

"I have always encouraged religious minorities living in Pakistan to live as Pakistani citizens and claim their rights as equal citizens. We must not ghettoize, we have to mix with others. I see with hope that many people in society feel the same way: we are called to work together to create a harmonious and egalitarian society. I am still in contact with many Muslim friends, scholars and Islamic religious leaders, in the dioceses where I carried out my pastoral service: we work with them for the good of humanity and to promote peace and harmony".


How do you judge the mission and the growth of the Church in Pakistan in the past 50 years?

"The Church in Pakistan has grown rapidly, the number of priests, nuns and faithful has increased. Today we see very few foreign missionaries left in Pakistan, most of the missionary work is entrusted to missionaries born in Pakistan. When I was ordained a priest, four out of six bishops were foreigners while now all the seven bishops are Pakistani.
Many male and female religious congregations, unlike in the past, are led now by Pakistani priests and nuns. Various commissions have been established in the last two decades in the Catholic Church in Pakistan that are actively supporting the apostolic work by proclaiming the Good News".

You chose "Harmony" as your episcopal motto: why?

"I have always lived my mission as a baptized person to build, strengthen and promote interreligious harmony in Pakistan, according to the word and charity of the Gospel. I chose this motto because at that time sectarian violence was on the rise, society was divided into ethnic groups and violence and discrimination were felt with concern. I must say that I found it easier to promote this message of harmony in Karachi, a metropolitan city. To this day, I continue and will continue to reach out to and meet, in the name of Christ, people of other faiths in order to establish relationships that generate unity, peace and harmony. 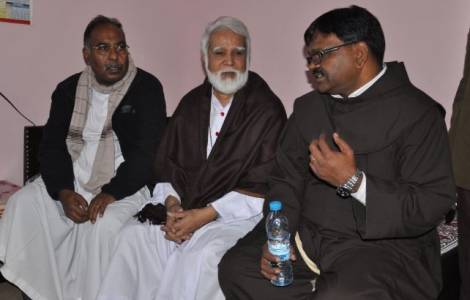 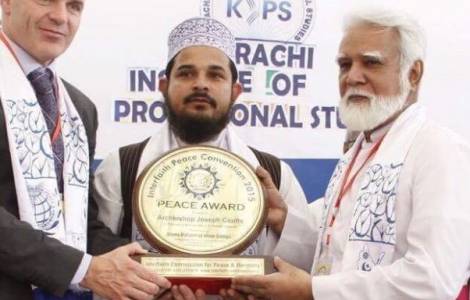 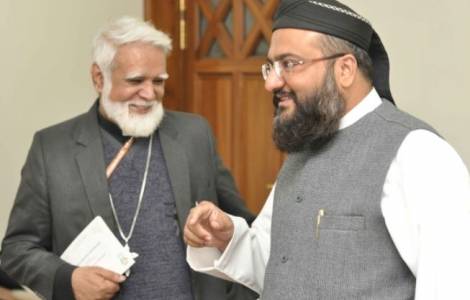 VATICAN - The Pope announces a Consistory for the creation of 13 new Cardinals, 2 of whom come from territories under the jurisdiction of the Congregation for the Evangelization of Peoples

AMERICA/MEXICO - Pilgrimage of the Virgin of Zapopan

ASIA/UZBEKISTAN - Testimony of the new parish priest in Samarkand: "Let God's beauty shine through the joy of fraternity"

ASIA/INDIA - The Sisters of Bethany: one hundred houses for the poor on the centenary of the congregation

ASIA/INDONESIA - Christians in Sumatra, protected by the central government and punished in the province of Aceh

ASIA/IRAQ - Patriarch Sako on the Pope's trip to Iraq: "The Pope visits all Iraqis"