AMERICA/CHILE - The legalization of euthanasia is "a crime against human life", the dignity of the person and his fundamental rights 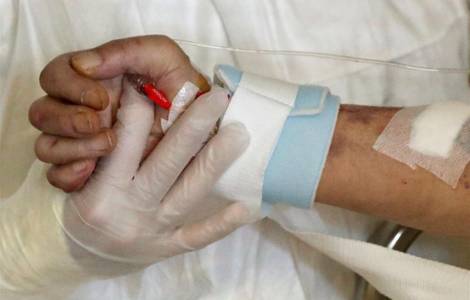 2021-01-27
The Archbishop of Concepción blesses the inhabitants of the region afflicted by the health, economic, political and social crisis from an airplane

2021-01-22
Proposals for a new Chile: contributions to dialogue within the framework of the constituent process

2021-01-15
"Christ Migrant of the World": a year of help and support for migrants in the Archdiocese of La Serena

Santiago (Agenzia Fides) - In a statement released on Christmas Eve, the Standing Committee of the Episcopal Conference of Chile commented on the general approval given by the Chamber of Deputies to a bill that allows euthanasia, calling it "a step of the maxim political and moral gravity, because it implies - in our opinion - an erroneous conception of the human person, of his dignity and his essential rights". Respectful of the different positions, the Bishops humbly make available "their anthropological perspective deriving from the Gospel, the root of which we share with multiple visions and beliefs of the world, and to which many inhabitants of our country adhere".
In the statement, sent to Fides, it is recalled that euthanasia is the action or omission which by nature or intention, causes the death of a person in order to eliminate any pain. The cause of death is therefore not the patient's illness, but the deliberate action of those who practice euthanasia. It is very important to distinguish between euthanasia and the renunciation of disproportionate means of treatment or aggressive treatment.
The legalization of euthanasia, the Bishops reiterate, is always a morally illicit act, because it constitutes "a crime against human life": "There is no reason which morally legitimizes an act as serious as taking human life from any person and under any circumstances, even if the person has given his/her consent".
"With euthanasia the profound meaning of human dignity is obscured. In this way, human dignity is reduced to a simple good available like the others", add the Bishops, recalling what Pope Francis has defined as "the culture of waste", which considers human life susceptible to being discarded and the excluded as waste, leftovers. "Those who pay the price of this logic are only the most fragile and often the poorest people, for whom we, as a society, have a greater obligation".
The Church has been, and will continue to be, always spiritually close to the sufferings of the sick and their families, the Bishops reiterate, inviting them to promote all possible forms of relief, in particular palliative care, and to work in order to achieve the most possible large number of people, especially the poorest. Euthanasia diverts medicine from its primary mission, which is to heal the sick or reduce suffering. From this point of view, they recall that it is legitimate to invoke the right to conscientious objection.
Finally, the Standing Committee of the Bishops' Conference asks the authorities and legislative bodies "to assess with prudence and wisdom the serious consequences of the adoption of this law". At the same time they call on "lay people who believe in life, to make their voices heard, from the academic and professional world, to social and community organizations". The text ends by asking God "to enlighten the minds and hearts of those who are called to decide on such delicate issues, knowing that a false step taken in these areas always has serious consequences in the future, as history shows". (SL) (Agenzia Fides, 29/12/2020)