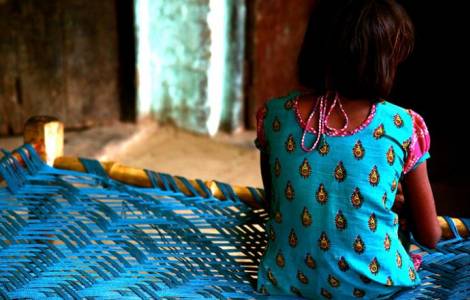 Karachi (Agenzia Fides) - The legal battle over the case of Arzoo Raja, the young Catholic kidnapped, forcibly converted to Islam and forced into an Islamic marriage last October before being released by the police and who now resides in a foster home under the control of social assistance continues. A court of first instance in Karachi has formalized the charges against Arzoo Raja's kidnapper, the Muslim Azhar Ali, indicting him for violating the law that prohibits child marriage, which provides for up to two years of imprisonment. Another crime is that of rape, which provides for imprisonment for at least 10 years and, in some cases, also the death penalty. This is what Fides learns from lawyer Mohammad Jibran Nasir, lawyer for the victim's family, after the court issued orders on December 9.
Lawyer Mohammad Jibran Nasir told Fides: "After the hearing on 9 December, the magistrate added co-defendants to the trial, in particular the brother and a friend of Azhar Ali, the imam who celebrated the early marriage, the two witnesses of the marriage, the lawyer and his assistant who helped Azhar Ali prepare false documents".
"We appreciate the fact that the magistrate has examined the matter with a lot of attention", says lawyer Nasir. However, the family will bring proceedings before the judge so that Azhar Ali is also charged with the embezzlement of a minor, kidnapping of a person under the age of 14, forcible confinement and cruelty to a minor as well as sexual abuse of minors under 18 and the counterfeiting of documents.
The lawyers, Arzoo's family and the entire Christian community hope that the trial can end with an exemplary sentence, so that these cases of kidnapping and forced conversion, widespread in Pakistani society, in particular because generally unpunished, can find the protection of justice in such a way that the phenomenon can be eradicated. The 13-year-old Arzoo Raja was kidnapped, forced to convert to Islam and forced to marry her kidnapper, Azhar Ali on 13 October 2020 (see Fides, 21/10/2020). After a series of hearings, the province's High Court of Sindh released her, declaring her marriage illegal and ordering to continue the action against Azhar Ali before a court of first instance (see Fides, 23/11/2020).
Currently, Arzoo Raja continues to live in a state foster home where she can meet whomever she wishes, including her parents, who ask for the girl's definitive return to her family. (AG-PA) (Agenzia Fides, 11/12/2020)

AMERICA/MEXICO - March October 3 in favor of women and human life: for the Bishops it is "an expression of love for women and for life"

ASIA/PAKISTAN - Appeal from a Catholic politician: "No" to rules and job advertisements that discriminate and dishonor religious minorities

AFRICA/TANZANIA - Child abuse: the Church's initiative to combat the phenomenon