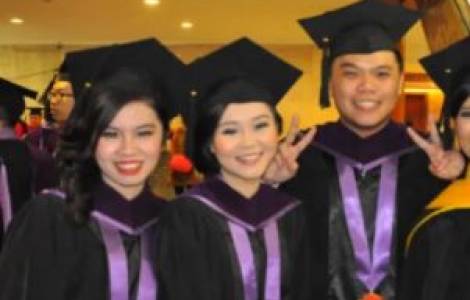 Jakarta (Agenzia Fides) - Catholic university students are called to promote social harmony, unity and tolerance In Indonesia by contributing to the good of society: this is the appeal launched on November 23 by Indonesian President Joko Widodo within the framework of a digital intervention at the 10th National Meeting of the Union of Catholic University Students of the Republic of Indonesia (PMKRI). In his speech, visible on the Union's YouTube channel, the President stated: "We are a multi-ethnic, multi-religious, multi-cultural and multilingual nation. We should thank God that we can live in harmony in this great common home that is Indonesia by promoting tolerance and fraternity". He added: "We must thank God because while many countries are facing turmoil due to identity differences, the Indonesian nation remains united thanks to our national Pancasila ideology".
As Fides learned, the President reiterated the importance of the "Pancasila" (the Charter of the five principles at the basis of the nation), recalling its fundamental values: faith in one God, a just and civil society, a united Indonesia, a democracy guided by wisdom, social justice for all citizens.
"Therefore, I call on all social groups, including the PMKRI, to maintain, preserve and strengthen the foundations of the nation. We must not allow any attempt, however small, to call into question the tolerance and harmony between people of different religious or ethnic origins", he added. Widodo expressed public appreciation for the contribution that the Catholic Students' Forum has made to strengthening social harmony, cohesion and fraternity.
Speaking at the web meeting, the Minister of Youth and Sport, Zainudin Amali, urged young people to use social media with care and caution. "Use technology, especially social media, by providing positive perspectives and stimulating optimism within society. Never share words or facts that can cause chaos and disunity", said Amali.
Explaining the purpose of the gathering, Benediktus Papa, president of PMKRI, confirmed that Catholic university students "are called to contribute to the common good and to building a prosperous, peaceful and fraternal nation", he said. As the country faces many challenges, including the COVID-19 pandemic, everyone must work together for mutual well-being", added Popa.
The six-day Catholic Student Union gathering began with a mass celebrated by Father Paulus Christian Siswantoko, Executive Secretary of the Commission for the Laity of the Indonesian Bishops' Conference. The priest exhorted young Catholics "to bear witness to the Gospel of Jesus in society and to defend truth, justice and peace, by remaining alongside the poor, needy and vulnerable".
"Through PMKRI, Catholic university students have the responsibility to support the promotion of human rights and human dignity in the country", William Nokrek, Coordinator of the movement, explained to Fides.
PMKR, a national union of Catholic university students, was founded in 1947 and is a widespread and organized organization at a national level. In its vision, it is inspired by Christian values but also refers to the Pancasila, promoting social justice, humanity and fraternity.
Indonesia, with over 260 million inhabitants, with about 230 million Muslim citizens, is home to the largest Muslim population in the world. There are 24 million Christians in the country, of whom 7 million are Catholics. (SD-PA) (Agenzia Fides, 25/11/2020)
.

AMERICA/PERU - Social tension and health crisis: "We need to promote fraternity and solidarity"