ASIA/MALAYSIA - The Church in Malaysia, a "field hospital" helping 8 million poor, marginalized and suffering in the midst of the pandemic 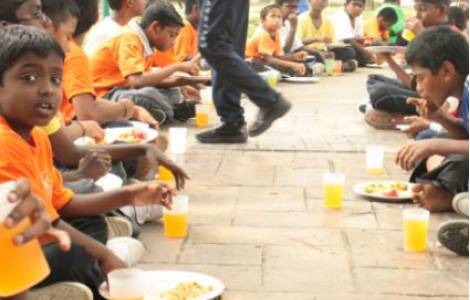 Kuala Lumpur (Agenzia Fides) - "The new poor in Malaysia are the 8.2 million excluded from social assistance and the 21 million who live on subsidies. The new poor make up 20% of the population, including stateless people in Sabah and Semenanjung, foreign workers, refugees, indigenous communities and the undocumented, the homeless. In this context, the Church in Malaysia intends to make material and spiritual resources available, to offer humanitarian aid to the poor and the suffering in the midst of the health crisis marked by the spread of Covid-19". This is what Charles Bertille, Executive Secretary of Caritas Malaysia, told Agenzia Fides, describing the commitment of this new organization, an expression of the Catholic community in Malaysia, which wants to show the multi-ethnic nation the face of a Church "field hospital", which takes care of the most humble and contributes to the well-being of society.
"Various social emergencies are affecting Malaysian society. It is time to see the face of the new poor, affected by the pandemic, as a priority issue within the Church's aid mission", remarked the Secretary. After a national assembly held online, the church organization decided to identify and reach out to the most marginalized groups in each region, both in Peninsular Malaysia and in Malaysian Borneo (the regions of Sabah and Sarawak). Citing a social research entitled "Making the Invisible Visible: Faces of Poverty in Malaysia", published in April 2020, Caritas members noted that more than 60% of Malaysians depend on subsidies to live, benefiting from government social assistance.
Another priority identified by the Catholic organization is to intensify relations and collaboration with non-governmental groups and organizations, operating in a virtuous network to make use of the respective skills and resources. In this way, it is stated, the effectiveness of the interventions will increase, responding more quickly and expanding the range of action, also developing a mentality in favor of pluralism and sharing.
"This commitment is in line with Pope Francis' new Encyclical, 'Fratelli Tutti', which invokes a culture of encounter and an inclusive and constructive dialogue between all the cultural components of society, inviting all people of good will to build more fraternity and human solidarity", remarks Bertille. In a multicultural context like that of Malaysia, the Church "must be aware of the diversity of culture, language and local needs", he continues. This is why it is necessary to establish flexible ecclesial structures that promote a working environment as widespread as possible, according to the principle of subsidiarity.
"With the increase of natural disasters and social crises such as Covid-19, we need to develop models of network and collaboration by empowering local communities in order to be a Church close to people", concludes the Secretary.
The Catholic Church in Malaysia, through the recently created Caritas, intends to make a contribution to the development, justice, peace and prosperity of the nation. In January 2020 the Catholic Bishops Conference of Malaysia, Singapore and Brunei, established Caritas Malaysia in this predominantly Muslim country.
The Federation of Malaysia is a multiethnic, multicultural and multireligious country. Its population is made up of nearly 32.7 million people, 60% of whom are Muslims. Catholics represent 4% of the population. (SD-PA) (Agenzia Fides, 19/11/2020) 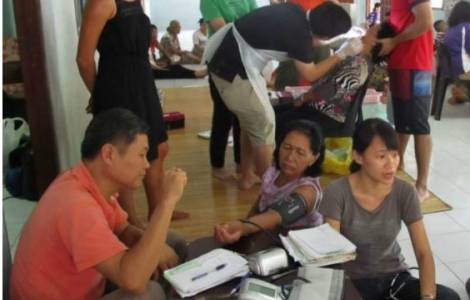 AMERICA/VENEZUELA - Medicine to save lives: guaranteeing everyone the right to health and access to medicines

EUROPE/SPAIN - 14,000 participants in 30 countries for a virtual solidarity race in favor of the right to education

AFRICA/BURKINA FASO - World Day of leprosy: Camillian missionaries "alongside the last to announce the Good News"

AFRICA/SOUTH SUDAN - After severe floods: the situation continues to be catastrophic for many people

AMERICA/HAITI - About 4 million people affected by food insecurity: the country is on the brink of abyss

AMERICA/NICARAGUA - Bishops to the government: elections, an opportunity to resolve the country's crisis

ASIA/HOLY LAND - Patriarch Theophilos III to the Primates of the Orthodox Churches: "the unity of Orthodoxy is our daily prayer"