AMERICA/MEXICO - Dehumanization and violence in society: "Why has life lost its value?" 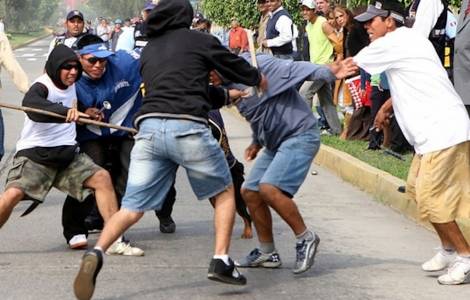 2020-12-30
Archbishop Calderón: "the Church and the attitude of the Good Samaritan, of giving a hand to those in need"

2020-12-21
Mexico mourns the death of Father Pedro Pantoja, defender of the human rights of the poor, farmers and migrants

2020-11-25
Feast of Our Lady of Guadalupe in parishes and families, the Basilica closed

2020-11-20
Religious woman injured in attack on humanitarian workers: "We do not want any more suffering!"

Mexico City (Agenzia Fides) - "In recent weeks, worrying facts have come to light: the discovery of the bodies of two dismembered children in the historic center of Mexico City; classmates bullying against a high school student; disregarding health prevention measures. All reflect, at different levels, a spiral of dehumanization and cruelty in our society", says an editorial of the weekly of the Archdiocese of Mexico "Desde la Fe", in which the author wonders why human life has lost its value.
The reflection begins with the terrible news that last week the remains of two young minors, aged 12 and 14, of the Mazahua ethnic group, were discovered in rubbish bags on a wheelbarrow in the center of the capital.
"These unfortunate events have multiple and very complex causes, but undoubtedly, at the center, what is decisive is love. Where there is violence, there are wounded hearts that have not felt loved enough, or have a distorted vision of love. Social violence usually begins in families and is a result of the lack of depth in bonds, of the abandonment in which so many children, adolescents and young people live. Faced with this growing dehumanization, instead of complaining about what we cannot change, we must rely on actions that are within our reach, in the reality and environment in which each of us lives".
Such a reflection also applies to various "peripheries", such as the problem of migrants, the problem of the Central American children expelled from the USA to Mexico, and racism against the indigenous peoples of Mexico.
Regarding this horrendous news story, although the government of Mexico City has denied the presence of drug cartels in its territory for many years, in the last year the presence of groups such as the Jalisco Nueva Generación (CJNG) cartel has been evident and of drug dealers who compete for the control of the historic center. A new phenomenon that is frightening is that called the "Narcomenudistas", gangs of minors who sell drugs and use violence, including criminal violence, to defend their territory.
Statistics from the Network for Childhood Rights in Mexico (Redim) confirm that from January to September of this year at least 1,777 minors were victims of murders, i.e. seven minors die or disappear every day. (CE) (Agenzia Fides, 10/11/2020)

AMERICA/BRAZIL - Second wave of the coronavirus pandemic: Bishops of Amazonas and Roraima urgently ask for help