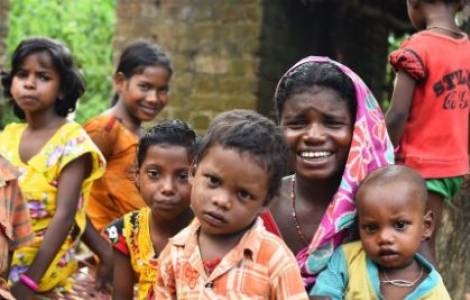 2020-11-30
Biblical Year in Goa, impetus for Christian proclamation and mission

2020-11-19
Resignations and appointment of metropolitan archbishop of Hyderabad, India

2020-11-12
Resignation and appointment of metropolitan Archbishop of Agra, India

Ranchi (Agenzia Fides) - A special court of the National Investigation Agency yesterday, October 23, rejected the request for bail for Jesuit Father Stanislaus Lourduswamy, (commonly known as Fr. Stan Swamy) activist for the rights of tribals, arrested following his alleged involvement in the activities of the Maoist rebels and in violent riots in 2018 in Maharashtra. The 83-year-old cleric, currently under judicial custody, had asked for bail for health reasons. He is now being held in the quarantine unit at Taloja prison, near Mumbai.
Father Swamy was taken from his home in Ranchi, Jharkhand, on 8 October by a team NIA officials in Delhi. His arrest sparked outrage across the country, sparking criticism from various sectors of civil society and the Catholic Church. A court had sent him into judicial custody until October 23.
The Jesuit was the sixteenth person to be arrested on the basis of the anti-terrorism law for episodes of violence in Maharashtra. Violence took place near the monument to the dead in the village of Bhima Koregaon, village near Pune on January 1, 2018, probably after provocative speeches were made in the city of Pune. According to the NIA, Father Swamy was actively involved in the activities of Maoist groups and had a role in instigating violence. Police claim the Jesuit priest is a member of the Maoist Party, declared outlawed by the authorities.
For those who know Father Swamy, these statements are absurd. "Raising one's voice to fight for justice and truth, regardless of religion, culture and ethnicity to which one belongs: this is Father Stan Swamy's objective, say his confreres, who recall how the religious spent fifty years of constantly promoting the rights and values of the indigenous, marginalized and vulnerable peoples.
After teaching at the Indian Social Institute in Bangalore, he moved to Jharkhand, working to improve the lives of Adivasi (tribal people), within "JOHAR" Jharkhandi Organization for Human Rights, and working against the phenomenon of forced displacement of tribal populations from their ancestral lands. Since 2001, Father Lourduswamy moved to Ranchi, continuing to be socially active against the phenomenon of undue expropriation and supporting the "Pathalgadi" movement, formed by indigenous people. However, the Bharatiya Janata Party government saw the movement as "anti-development" and deployed paramilitary troops and police forces to suppress it. Now the state government has presented sedition charges against 20 activists including Father Lourduswamy, based on their public interventions or on social media in which they claim the government should engage in a peaceful dialogue with the Adivasis involved in the Pathalgadi movement rather than suppressing it.
The incessant campaign by the Jesuit, and other leaders, against the displacement and violations of the rights of Adivasis - carried out by the government and companies interested in grabbing their land - and the constant denunciation of inequalities and injustices are the reasons behind the absurd allegations of sedition that led to his arrest. (PA) (Agenzia Fides, 24/10/2020)

ASIA/INDONESIA - Indonesian Bishops: it is urgent to eradicate terrorism and do justice, for the prosperity of the Country

AMERICA/ARGENTINA - The Bishops join the protests: No to the bill on metalliferous development in the province of Chubut

ASIA/PAKISTAN - The President of Signis Pakistan: "Mass media are instruments of peace and hope in times of pandemic"

ASIA - The importance of respecting the rights of the weakest within the framework of the trade agreement in East Asia, a driving force for development

AMERICA/BRAZIL - Servants of the Poor: Looking at the poor in terms of their dignity