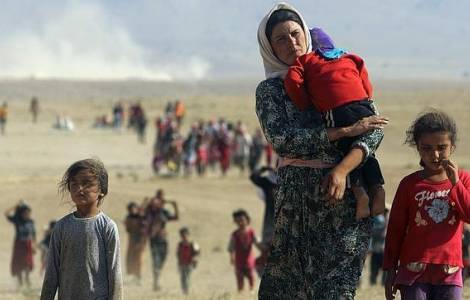 2020-09-25
"Missionary disciples on the way": preparations for the 13th anniversary of the Aparecida Conference

San Paolo (Agenzia Fides) - "On 27 September we celebrate the World Day of Migrants and Refugees. The Pope is sensitive to the migratory reality which makes people more vulnerable to human trafficking, hunger, violence and disease", underlines the president of the Conference of Religious of Brazil (CRB), Sister Maria Inês Ribeiro. In a video released on the occasion of this Day, the nun highlights that the CRB has chosen to listen to the cry of the Poor and the Earth as a priority for the three-year period 2019-2022. So, as one of its commitments, it has chosen to support partnerships with institutions that work with migrants, refugees, native populations and quilombola.
"I invite all the consecrated life and all the brothers, together with all the religious realities that are part of the Rede Clamor, to celebrate September 27, World Day of Migrants and Refugees", urges Sister Maria Inês. "We are all united in supporting groups that work directly with migrants and refugees, welcoming them, promoting them, protecting them and integrating all the displaced. Let's not forget the Pope's appeal!", she concludes.
In Argentina, the Mass for the Day of Migrants and Refugees will be celebrated on Saturday 26 September at 7 pm in the Cathedral of Azul, presided over by Mgr. Hugo Manuel Salaberry SJ, Bishop of Azul and President of the Episcopal Commission for the pastoral care of migrants and itinerant people .
Traditionally this celebration takes place in the shrine of Our Lady Mother of Emigrants, in La Boca neighborhood of the city of Buenos Aires, but this year it was not possible due to preventive and obligatory social isolation due to the Covid-19 pandemic. The flags of the communities and the messages of their representatives, in the original language of their ancestors, will frame the celebration, which will be transmitted through social networks.
The Catholic Church of Colombia, through the National Secretariat of Social Pastoral Care (SNPS)/Cáritas Colombia, provides support and hospitality to migrants in various ways. One of the projects it has been implementing since April 2020, and which will run until March 2021, is called "Multisectoral Response to the Humanitarian Crisis of Venezuelan Migrants in Colombia 2020-2021" and aims to alleviate suffering and preserve the dignity of vulnerable Venezuelan migrants in Colombia.
"This project consists in providing attention to passing migrants by offering hospitality, protection, attention to health and access to national transport, to alleviate at least a little the transit to their destination", explains Luisa Fernanda López Campos, project specialist. This also takes place in Arauca, Cali and Ipiales.
"The main difficulty identified for migrants is the ignorance of their rights as persons and migrants, which would help them to have access to the subsidized health care provided by the State, as well as the possibility of accessing decent work", emphasizes the specialist.
So far 663 people have been housed in transit shelters, 284 have received psychosocial support and 563 health care. Another major challenge is to work to reduce xenophobia, as denials and unjust accusations continue to increase. (SL) (Agenzia Fides, 26/9/2020)

AMERICA/GUATEMALA - The Bishops: "may this new period of national life be an opportunity to build a different Guatemala"

AMERICA/MEXICO - Mexico is the main destination for Central American migrants