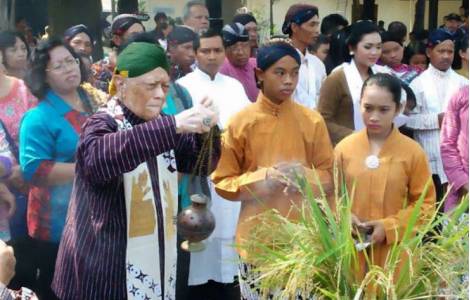 2020-10-10
Challenge of the law that reorganizes the labor market, inappropriate according to an Indonesian Jesuit

2020-10-06
Towards Mission Day: the prayer of the missionary Rosary in all dioceses

Semarang (Agenzia Fides) - Thanks to the authorization received from civil authorities of Central Java, the project to transform the house that belonged to the family of late father Gregorius Utomo (1929-2020) - one of the "noble fathers "of the Indonesian Catholic Church in Central Java - in a cultural and spirituality center which, as a symbolic place of peaceful interreligious coexistence, can be used and frequented by believers of all religions to carry out cultural events, interreligious meetings, spiritual and social activities , those that Fr. Utomo brought forward with passion throughout his life.
The project encountered difficulties and opposition. In February 2020, the priest wanted to donate his large house in the village of Rejoso, in the regency of Klaten, in Central Java, to the archdiocese of Semarang. Fr Utomo used to celebrate a special Eucharist in that house where hundreds of people gathered: not only neighbors, but also believers from other communities, cities, religions.
As Father Endra Wijayanto, at the head of the "Justice and Peace" Commission of the Archdiocese of Semarang, reminds Fides, the protests of some intransigent Islamic groups had blocked this event: they said that the plan was "to transform the house into the largest church in the south-east of Asia".
Given the delicacy of the situation, the civil authorities of the district of Klaten in 2013 had banned worship activities, inviting the priest to obtain the necessary special administrative authorization. "But, despite the request being forwarded and all the documents presented, the permit was not granted, given that the head of the village opposed the project", explains Father Wijayanto to Fides. Also in 2019 a group of protesters came to block an assembly of Catholics who intended to hold social meetings and prayers.
Father Wijayanto then organized a legal movement also availing himself of the advice and help of Islamic movements such as "Nahdlatul Ulama". Once the house officially became the property of the diocese, the local Church acted with greater force and representativeness. Thanks also to the pressure of social media, the civil authorities of Klaten finally called the priest until, at the end of August, they granted the desired authorization.
The priest told Fides: "This experience, although concluded in a positive way, clearly shows that in Indonesia sometimes obstacles do not come only from extremist groups, but also regard the apparatuses of public bureaucracy, which practice favoritism and apply them to religious issues". The local Church today is however very satisfied because the legacy of Father Utomo will be respected and his mission of dialogue and peace can continue. (MH-PA) (Agenzia Fides, 21/9/2020) 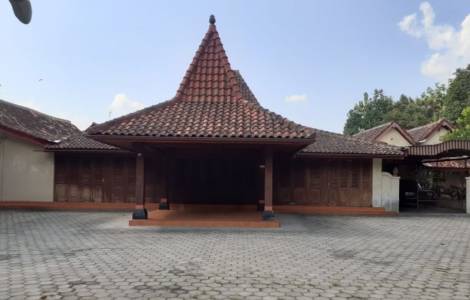