ASIA / PAKISTAN - Christian sentenced to death for "blasphemy"; the Church calls for a government campaign for minority rights 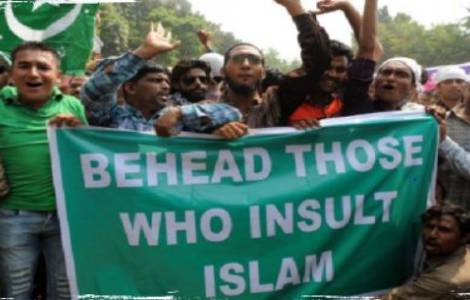 2020-10-07
Pakistani Christian acquitted after seven years: Justice is now being sought for the violence committed at Joseph Colony

2020-10-02
A Senate committee in Pakistan rejected a bill calling for the protection of religious minorities, but will be resubmitted

Lahore (Agenzia Fides) - A court in Lahore, capital of the Punjab province of Pakistan, sentenced a Christian man to death for committing "blasphemy": Asif Pervaiz, 37, has been in prison since 2013 on charges of having sent "blasphemous" SMS text messages to employer Muhammad Saeed Khokher. As reported to the Agenzia Fides by the lawyer Saif-ul-Malook, the Muslim lawyer who also defended the Christian Asia Bibi, the court did not give credit to his testimony, in which the Christian man denied any wrongdoing, and sentenced Asif Pervaiz to death yesterday, September 8. According to Pervaiz's version, reported by the lawyer Malook, "Khokher wanted to persuade him to convert to Islam and, when he did not consent, he falsely accused him of blasphemy”.
According to Malook, “this is another case in which the law is being used unfairly against religious minorities”. In Pakistan the “Blasphemy Law” (articles 295 “b” and “c” of the “Pakistan Penal Code”) provides for life imprisonment or the death penalty for the crime of insulting the Prophet Mohammed, Islam or the Koran.
Fr Qaisar Feroz OFM Cap, Executive Secretary of the Commission for Social Communications of the Catholic Bishops of Pakistan, in an interview with Fides notes: “The Christian community of Pakistan is deeply saddened by the death sentence for Asif Pervaiz. We strongly appeal to the Government of Pakistan to ensure that the Court's decision can be reconsidered so that justice is done”. Fr. Qaisar adds: “Cases of blasphemy are increasing day by day in Pakistan, which is by no means a good sign in building a tolerant society. We strongly recommend Prime Minister Imran Khan to launch a video awareness campaign to promote minority rights and human dignity”.
Reached by Agenzia Fides, Father Mario Rodrigues, a Catholic Priest in Karachi, comments: “Although we do not know the case directly, we do not believe in the accusations, there are too many precedents and cases of false accusations, in which the law is exploited. No Christian in Pakistan would ever dream of insulting Islam or the Prophet Mohammed.” Fr. Mario further said: “We people of religious minorities respect all the religions, especially in the condition in which we live, knowing that blasphemy is a very sensitive issue. We are sad because the exploitation and the misuse of the law continue. It is time to make justice and real equality for all Pakistani citizens: even Muslims are often victims of false accusations”.
There are currently at least 80 people in prison in Pakistan for the crime of "blasphemy", and at least half of them face life in prison or the death penalty. The people accused under the law are mainly Muslims, in a country where 98% of the population follows Islam but, as the Christian activists of the National Justice and Peace Commission, of the Catholic Bishop’s Conference note, “the law takes disproportionately targets members of religious minorities such as Christians and Hindus.”
There are also cases of extrajudicial executions, as radical leaders urge militants to “take justice in their hands” by killing people found guilty of blasphemy, even if they are not convicted in court or are falsely accused. According to the NGO “Center for Social Justice”, founded and led by the Pakistani Catholic Peter Jacob, since 1990 at least 77 people have been killed in extrajudicial executions, in relation to accusations of blasphemy: among those killed there are people accused of blasphemy, their family members, lawyers and judges who acquitted the accused of the crime. The latest sensational murder of the kind occurred at the end of July, when a Pakistani man, but with American citizenship, Tahir Ahmad Naseem, 57, accused of blasphemy and on trial in Peshawar, was shot to death with six gunshots fired by a 19-year-old Muslim Faisal, while he was inside the Peshawar court building.
Since 2017, after a series of large-scale protest sit-ins, Islamic political parties have increasingly included the issue of “defending the law of blasphemy” in their political platforms and agendas. The political party Tehreek-e-Labbaik Pakistan (TLP), formed by the leader Khadim Hussain Rizvi is conducting a tough open campaign for the defense of the blasphemy law. Activists, NGOs, non-Islamic religious groups are calling for its revision to avoid abuses of the law and improper use of a "weapon" for personal revenge.
(PA) (Agenzia Fides 9/9/2020)

AMERICA/VENEZUELA - A priest killed during a robbery

AFRICA/BENIN - Bishops in view of the election: "It should be peaceful, inclusive and democratic"

AFRICA/NIGERIA - Youth protest, the result of a mixture of poverty and indignation according to the testimony of a Nigerian friar