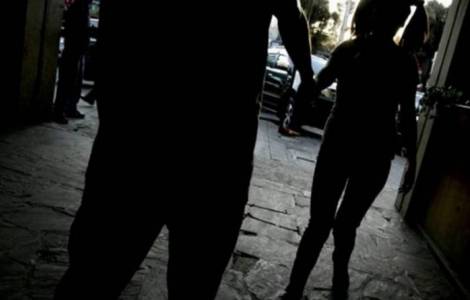 2021-04-08
Jesuit Refugee Service: Latin America and the Caribbean the areas most affected by the pandemic in the world

2021-02-24
Continental Assembly of the Pontifical Mission Societies: "We cannot but announce what we have seen and heard"

Brasilia (Agenzia Fides) - An appeal to the universal community to raise its voice against the phenomenon of human trafficking and denounce the different expressions of the commercialization of life, an expression of modern slavery, was launched by Latin American religious life and by organizations involved in combatting trafficking, on the occasion of the World Day against Human Trafficking which is celebrated today, 30 July.
The representatives of Latin American religious life stress the need for coordinated actions to eradicate the demand and make visible all forms of exploitation that are still hidden, starting from those at home. They also say that it is time to promote economic and social justice, favoring the poorest people, and time to ask governments to adopt fair alternatives to the neoliberal model, to implement anti-trafficking laws and guarantee human rights.
Based on experience, Latin American religious life denounces three particular aspects, which at the same time become pastoral challenges. Firstly, the power of patriarchal culture in all sectors (economic, social, family, political, cultural and religious), in particular the objectification of women, which contributes to the global culture of exploitation and violence against them, reflected in human trafficking.
The second complaint is addressed to the economic model, defined unfair, cruel, neoliberal and capitalist, from which some benefit, including traffickers, businessmen and buyers, who promote a culture of dehumanizing commodification that exposes people to a greater risk of being trafficked.
Finally, immigration laws and policies are unjust and dehumanizing, rooted in a culture of racism, violence and xenophobia that denies the basic human rights of migrants and refugees.
The religious reiterate their commitment to increase awareness and ask governments to adopt policies and attitudes that promote the integrity and human rights of all people who are victims of this crime. "We will use our voice - they reiterate - to welcome, defend, protect, promote and integrate people who are victims of trafficking, sexual abuse and exploitation of children and adolescents, to ensure safer migration, avoid the recruitment of traffickers during the journey and accompany the victims on their return". (SL) (Agenzia Fides, 30/7/2020)

EUROPE/ITALY - Human trafficking: "The pandemic must not lead us to turn a blind eye to other problems"

AMERICA/MEXICO - Catechists in the reality of Covid-19: the Holy Spirit continues to blow in different ways

AMERICA/COLOMBIA - Consolata missionaries: "Support the efforts of indigenous communities to react to the condition of abandonment and degradation"

AMERICA/CUBA - The religious of Camaguey denounce: "people are tired and stressed, they cannot take it any longer, it is an unsustainable situation"