ASIA/MYANMAR - Bishop Tjephe: "The Church has an important role in the peace process" 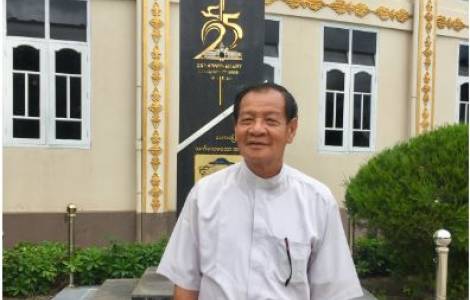 Loikaw (Agenzia Fides) - "The Catholic Church has had and still has an important role in the peace process in Myanmar. And we can say with satisfaction that the ceasefire has been holding up for years in Kayah State and without any episode of violence in the over five years of my service as bishop of the diocese. I would like to remember my predecessor, Bishop Sotero Phamo, a man who played a fundamental role in the pacification process and who was the first Kayan prelate of the diocese". This is what Mgr. Stephen Tjephe, Bishop of the diocese of Loikaw, capital of Kayah State, one of the places in Myanmar where the Catholic presence is a very significant reality so much so that the state is often called the "stronghold of Catholicism", with about 30% of Catholics among the population, while the national average of Myanmar is around 1%. "The reason is simple: in this region of the Country - continues the Bishop - the words of a priest are heard because among men in arms there are many Catholics who therefore trust the Church". The men who hold the weapons have joined the appeal not to use them, the Prelate underlines.
"After all - adds the Prelate - we also have relations with the Burmese army and in the appeal to the truce, launched by Archbishop Bo, we have all signed this request for peace, addressing all Burmese, none excluded". Mgr. Tjephe, consecrated bishop in 2009, is an open-minded and kind man. He comes from a Kayan family and knows the region very well: "In our state there is a chapel in every village and many Burmese priests were formed here, in our religious centers". What is striking when one arrives in Kayah, is the number of churches one sees. Impressive, like the new Cathedral in Loikaw, or small and scattered along the road or in villages. They alternate with pagodas, adds the bishop, "there are also mosques next to Protestant places of worship. People live together in peace and tolerance. And our relations are excellent with Buddhists, Protestants, Muslims".
The Catholic presence in this region began in the late 1800s with the arrival of the first missionaries of the Pontifical Institute for Foreign Missions
(PIME), until Father Antoniuo Cazzuloni in 1893 settled in Solyaku 30 kilometers from Loikaw. Today, more than 90,000 Catholics in Kayah - almost a third of the state's 355,000 inhabitants - can count on 41 parishes in nearly 300 villages, a hundred priests, over 230 nuns and over 220 catechists. But the substantial Catholic presence is not the only peculiarity of Kayah which is the only State in Myanmar not to have a single case of Covid-19. "It is also true - continues the Bishop - that not many tests are carried out here but the precautionary measures have been observed with attention and rigor. The cathedral, like the other churches and other places of worship, is closed to the public and we keep the mass live via Facebook. We can give the faithful the Holy Eucharist - he adds - it is possible, but only for groups of 4 people". The swabs for Covid-19, the Prelate explains, are administered to those returning from abroad: from Thailand, China, Malaysia. "Even among them there have been no cases - he adds - and there are still quarantine centers. For over two months, the capital Loikaw has been in a lockdown regime. Even in the villages the rules are respected, even if perhaps with less attention. As for us Catholics, we have been busy, giving our contribution - he says - distributing masks and disinfectants but also living information where necessary".
That of Kayah remains a surprising reality also from an ethnic point of view with a mixture of languages, dialects, traditions in a region where 75% of the inhabitants belong to ethnic minorities. "In many cases, animistic beliefs that are part of a secular tradition survive", explains Mgr. Tjephe, showing a room in his bishop's residence used as a museum, full of artifacts: large and small bronze gongs, fabrics, complex works of woven bamboo, musical instruments and even bows and arrows and a well-preserved uniform from the colonial era. In the next room, there is the refectory. On the walls there are portraits of missionaries, fathers of faith, in a sort of long gallery of family images. All Italians were the first and, among these, even those who paid for his mission with martyrdom as Father Mario Vergara, Pime, killed with the local catechist Isidoro in Shadaw in 1950; the two were beatified on May 24, 2014. For some years, however, the names of the priests and bishops in the paintings on the walls are all Burmese, a sign of the growth and development of the local Church, which treasured the legacy of the missionaries . (MG-PA) (Agenzia Fides, 23/7/2020) 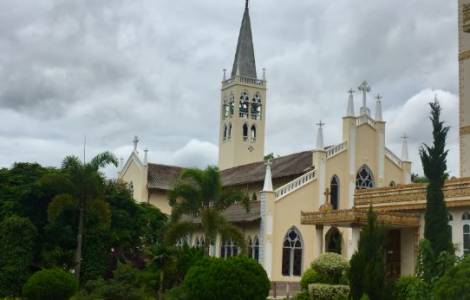 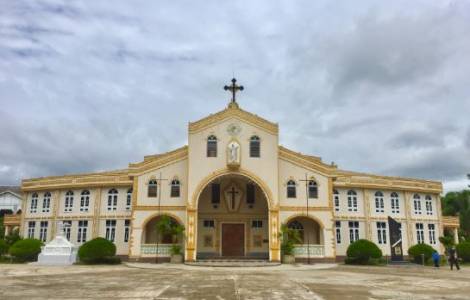