AFRICA/UGANDA - Covid-19, side effects: people die due to the difficult access to hospitals 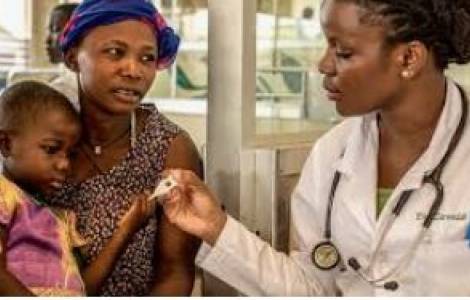 2020-10-02
Covid-19: an exponential increase in the number of infections; hospitals close to collapse

2020-09-29
Towards Mission Sunday - The National Director of the PMS: "The proclamation of the Gospel is a gift to be shared"

2020-07-21
Missionary Childhood Day: children can be saints even with the little means they have

Kampala (Agenzia Fides) - In Uganda coronavirus is likely to kill more for the side effects, deriving from the lockdown that has stopped social activities and has complicated access to hospitals. The alarm about what appears to be a paradox is launched by Martin Ogwang, medical director of Lacor Hospital, a facility owned by the diocese of Gulu. According to the doctor, the alarm for the spread of Covid-19 and the very harsh measures taken to contain it are hindering access to hospitals, especially to the obstetrics and pediatrics wards.
At the moment, the virus has not had serious consequences in the Country. According to data provided by the World Health Organization, until 9 July, 935 cases and no deaths were registered. In the past, however, Uganda had to face two terrible health emergencies (the spread of AIDS in the 1980s and 1990s and that of Ebola in the early 2000s) that have left their mark in the collective memory. So as soon as the coronavirus started to spread, authorities in Kampala implemented a strict quarantine. Social distancing measures have been put in place since 18 March: gatherings of people are prohibited, all forms of public transport are interrupted, shops are closed, the use of face masks is mandatory. These measures, enforced rigorously by the police, have been partially eased, but have caused and are causing severe consequences.
"One of the measures put in place - explains Martin Ogwang to Fides - was the ban on public transport, used by most of the poorest mothers to reach the hospital. Even the few who have personal means of transport still need of an authorization from the district authorities to move. This has meant that women are unable to reach the health facilities. The numbers are clear: in January we had 720 admissions to the obstetrics ward, in April 475; again in January 600 admissions to the pediatric ward compared to 300 in April. Hospital attendance was therefore reduced by half".
"The children we see in this period - notes Venice Omona, pediatrician of Lacor - are very sick: they came after the parents tried, without success, to treat them at home or in small nearby clinics. They arrive late, when the situation is severe. Most of them have malaria, anemia, diabetes". Francis, 5 years old, was accompanied by his aunt Ailing who carried him on her back and walked in the cold of the night for over 30 kilometers. "I did not know who to call to help us with the transport", she confided to Josephine. She arrived at Lacor Hospital after six hours. Francis was in serious condition, but was cured and, after a few days, discharged.
It is not just a transportation issue. There is also fear among people. "Many - Martin Ogwang continues - think that if the epidemic breaks out, it will certainly start from hospitals. Therefore, women and men keep away from public structures. Lacor Hospital however remains open, but we have put in place some measures to protect operators healthcare and patients. For example, we have rigorous triage in all hospital entrances".
People therefore only arrive at the hospital when they are in extreme need of it and, often, when the persons to be treated are now in very serious conditions. An emblematic case is that of a 37-year-old mother who was brought to a nearby health facility. She started bleeding from home in the middle of the night but was unable to reach the hospital. It took her six hours to reach the nearest health center. When she then arrived at Lacor hospital, in a state of unconsciousness, it was no longer possible to do anything for her or for the baby she was carrying.
"If the lockdown continues - the pediatrician concludes - we could lose many children who are unable to reach the hospital in time, especially infants or young children with malaria and sickle cell anemia". (EC) (Agenzia Fides, 22/7/2020)

AFRICA - Covid-19: WHO explains the factors that have led to the low number of cases in Africa

AMERICA/GUATEMALA - The Bishops: "may this new period of national life be an opportunity to build a different Guatemala"