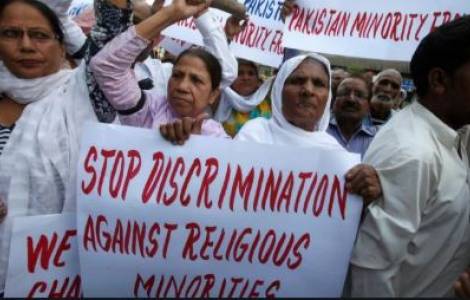 2020-09-10
The young Indian Catholic at the UN: Laudato Sì is a source of inspiration

New Delhi (Agenzia Fides) - The Covid-19 pandemic and the long lockdown imposed to contain the spread of the virus have not stopped inter-religious violence and cases of attacks on Indian Christians. The first half of 2000 saw 121 incidents of violence against Christians in 15 states of the Indian Federation, as reported by a report sent to Fides by the "United Christian Forum" (UCF) of New Delhi.
According to the report, the incidents have taken the lives of two Christians, while among the attacks, 95 were "mob violence" committed by a crowd of extremists. Several churches attacked were either illegally occupied or sealed shut. An additional 20 incidents of social boycott or discrimination against the faithful took place in several areas, notes the UCF.
The States wherein violence against Christians have been reported are: Andhra Pradesh, Bihar, Chhattisgarh (with a record of 32 episodes), Goa, Haryana, Himachal Pradesh, Jharkhand, Karnataka, Madhya Pradesh, Maharashtra, Odisha, Punjab, Tamil Nadu, Telangana and Uttar Pradesh. UCF and its networking partners – Alliance Defending Freedom India (ADF India), Religious Liberty Commission of Evangelical Fellowship of India (EFI) and Christian Legal Association (CLA) have managed to get 19 churches reopened, thanks to the work of lawyers and legal actions taken, 28 pastors released on bail or acquitted of false charges and obtained positive outcomes in 45 cases of "false conversion" charges in various courts of India.
"These incidents reveal that the freedom to practice one’s faith is being curtailed in 15 of 28 states in India. Likewise, 95 out of 121 incidents are criminal rather than religious attacks", notes the UCF organization, expressing concern because "no political party takes a strong position against such acts of violence".
UFC highlights in the note sent to Fides: "Nobody should be persecuted because of their faith. It is worrying to see these horrendous acts of mobocracy even after a slew of directions to the government from the Supreme Court Bench. The police and local administration who are responsible for law and order, must take quick action against anyone who involves themselves in mob violence", said UCF national president Michael Williams.
Modus operandi followed in all these incidents is similar: a mob, accompanied by the local police, arrives at a prayer service shouts slogans, beats up the men, women and children. Then the Pastors are arrested or detained by the police under the false allegation of conversion.
Meanwhile, another new norm, the trend of not filing First Information Reports (FIRs) against the perpetrators of violence, continues to grow unchecked. First Information Reports were registered only for 20 of the 121 incident.
The data on record with UCF and its partners shows the dangerous trend of violence against Christians has been steadily increasing, said A.C. Michael, convener of the UCF, citing data relating to past years: the numbers of incidents recorded were nearly 200 in 2015, over 200 in 2016, 250 in 2017, 300 in 2018, 328 in 2019. (SD-PA) (Agenzia Fides, 15/7/2020)

ASIA/PHILIPPINES - Catholic priest found dead in his room, due to gunshots

AFRICA/NIGERIA - Solidarity of the European Bishops with Nigerian Bishops: "No more violence against Christians in Nigeria"

ASIA / PAKISTAN - Christian sentenced to death for "blasphemy"; the Church calls for a government campaign for minority rights