AFRICA/KENYA - "We are custodians of our brothers and sisters: Children’s right and black lives matter" 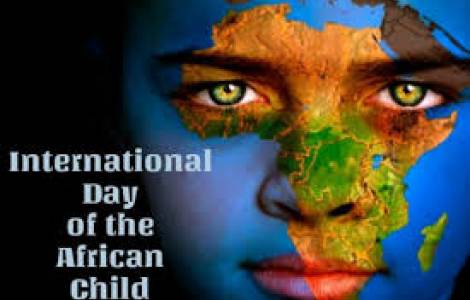 2020-07-04
Corruption undermines the fight against Covid-19: the poorest pay the price

2020-06-22
"We are custodians of our brothers and sisters: Children’s right and black lives matter"

Nairobi (Agenzia Fides) - "In Africa, there is increase in gender based-violence, sexual violence, early pregnancies, forced labor, child trafficking, early marriages and increased cases of Female Genital Mutilation, and especially now that we are facing this pandemic people in our society in Africa should be more vigilant and protect children from violence, especially the children who are voiceless", is the appeal launched by Ms. Ashley Kitisya, Secretary General of Nature Nurture Club of Catholic University of Eastern Africa (CUEA) , urging to denounce the abuses and sufferings of minors in Africa: "Because of Covid, many children are not going to school, they are experiencing some culture-based abuses influenced by the elders who still hold on to their traditional practices", reads the note of the Kenyan Bishops sent to Agenzia Fides.
"We must learn to value the cultures of one another but also to heal the wrongs and injustices that have been done to the marginalized, and vulnerable people", said Justice Peace and Integrity of Creation Franciscans Africa (JPICFA) Program Manager Steven Kezamutima, as he explained the connection between the event’ theme to and Laudato Si’, and remembering that a special international Year dedicated to the encyclical has been launched. "This means recognizing the value and the dignity of all people of colour, especially children; recognizing that people of different countries and cultures especially in the global south can offer solutions to the ecological crisis in front of us, hence the need to learn from one another", added Kezamutima, who was the organizer and moderator of an online event called "Children's Right and Black Lives Matter", organized on the occasion of the "International Day of the African child", celebrated on June 16th. "Acknowledging the African roots of black people, and black children, regardless of where they are in the world, is especially important on this international day. We must do what we can to care for the physical, mental, and spiritual health of black children, in Africa", he said.
To mark the International Day of African Child, the conveners of the day in partnership with CUEA, JPICFA and the Global Catholic Climate Movement (GCCM) Africa visited two children’s homes that give care to former street children. "The visit to the homes also had an interfaith aspect as Muslims also brought some contribution to the program", JPICFA Program Manager added, who concluded by saying that "we must work together to find new, creative ways to bring people of different backgrounds together to work for common goals of health, wellness, sustainability, education, peace, and celebration of cultures". (AP) (Agenzia Fides, 22/6/2020)

AFRICA/UGANDA - Missionary Childhood Day: children can be saints even with the little means they have

AMERICA/UNITED STATES - Message from the Bishops to the police: "If you want peace, work for justice"