ASIA/INDIA - The accusation of #CoronaJihad rekindles hostility towards Muslim minorities 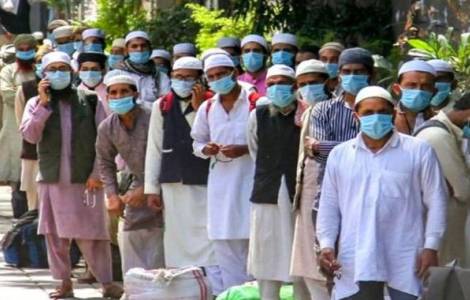 2020-07-22
The Sisters of Bethany: one hundred houses for the poor on the centenary of the congregation

New Delhi (Agenzia Fides) - In early June, over 2,200 foreign members of the Tablighi Jamaat (TJ) Islamic missionary organization that visited India and took part in religious meetings, were included in a list of people who are denied entry into the country for the next ten years. A one-week meeting held in March is under accusation because apparently the guidelines that prohibited, due to the coronavirus, the meetings of more than a certain number of people and caused an increase in infections from Covid-19 were ignored. Tablighi Jamaat is not new to this kind of accusations, which have rebounded from Malaysia to Indonesia where TJ has organized pandemic rallies. But, the story sparked a wave of controversy that poured out on Indian Muslims in a real "hate campaign" that accuses them of "spreading the contagion". On the other hand, nothing happened to the Sikh community after the sermons of the preacher Baldev Singh - who died due to Covid-19 on March 18 - pushed the government to quarantine about 40,000 people in 22 villages that had assisted.
Now, what has been called a "black list" for thousands of foreigners, many of them migrant workers belonging to the Islamic missionary movement, risks reigniting yet another wave of anti-Muslim hatred with a campaign that, according to several commentators, is also based on false news: "The videos showing members of the missionary group spitting on the police quickly went viral on social media, exacerbating an already dangerous atmosphere for Muslims", writes Pakistani journalist Amjed Jaaved. According to Jaaved, from the end of March to the beginning of May, "tweets with the hashtag #CoronaJihad have appeared over 300,000 times and have potentially been viewed by 165 million people. But the social media posts were mostly fake".
The story adds to the concerns about the authoritarian turn of the government of Delhi, with the repercussions on the hostile attitude towards religious minorities: in recent months there have been lively protests for the change of the Constitution and the revocation of the autonomy of Kashmir, while grievances of civil society were unleashed especially after the approval of the "Citizenship Amendment Act" in December 2019, the law that offers the possibility of giving citizenship to migrants from Bangladesh, Pakistan and Afghanistan, excluding those of Muslim religion.
In a report in late April, the US Commission for International Religious Freedom (USCIRF) suggested that India should be included in the list of countries that "raise particular concern on the religious freedoms front" and that it should be subject to sanctions if things do not change. According to the Report, "in 2019, conditions of religious freedom in India have deteriorated drastically, with religious minorities subjected to increasing assaults", which have involved not only Muslims but also Christians, Dalits and other small communities. (MG-PA) (Agenzia Fides, 18/6/2020)

EUROPE/ITALY - The Ministers of the Sick celebrate their founder: "The pandemic we are going through is not a divine scourge"

AFRICA/MALAWI - The Bishop of Zomba: "The Church has a central role in dealing with the pandemic"