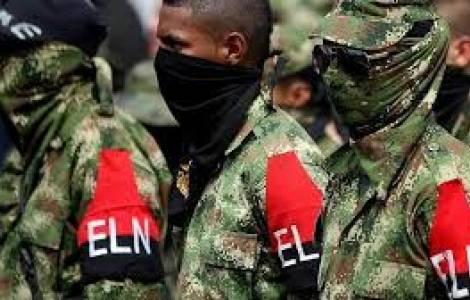 2020-07-13
The Nuncio: "In order to achieve reconciliation, one must have the intention and I believe that a large part of Colombia wants it"

2020-06-13
More dialogue and less violence in families: the fruit of the Family Month

2020-06-10
In addition to the pandemic: the historical virus of violence and the abandonment of the state and corruption increases

Bogota (Agenzia Fides) - The National Conciliation Commission (CCN), an organization convened by the Catholic Church and composed of citizens of various sectors and currents of political, social and religious thought with an important work experience for peace in Colombia, has published the second edition of its digital information bulletin "Communicating truth and hope". This newsletter is a commitment by the Church to publicize some of the most relevant events in the national situation, related to armed conflict, reconciliation and peace, with a humanitarian focus and a special emphasis on the needs and initiatives of the regions.
This new information appointment, according to the note sent to Fides, is based on what has happened in the country in the last two months, in the context of the health emergency caused by the pandemic. We can read that in the midst of alarming data on the recruitment, use and murder of minors by illegal armed groups, the Colombian Church, through the Episcopal Conference, invites armed groups to cease any type of activity in which endangers the life and dignity of children and adolescents.
Dr Consuelo Corredor, member of the National Conciliation Commission, Cinep, and Commission of notables, talks about the complications that have arisen for the implementation of the peace agreement in the midst of the crisis caused by the new coronavirus, causing negative consequences not only for ex fighters, but also for communities.
Given the intensification of the actions related to the armed conflict in different regions of the Pacific during the pandemic, as well as in the light of the worrying levels of poverty and the precarious conditions for health care, Bishop Mgr. Juan Carlos Barreto, Bishop of the diocese of Quibdó , calls on the authorities for urgent and differentiated attention to their territories, and to armed groups, for a multilateral ceasefire, guaranteeing the protection of their communities.
Fr. Darío Echeverri, secretary general of the National Conciliation Commission, talks about the complex panorama that currently exists with the ELN guerrillas and says that the Church will continue to work and insist on the humanization of the conflict.
In the midst of the suffering of those who today live in the most marginalized areas of the country, the members of the National Conciliation Commission insist on the need to give priority to the life of the communities and invite both the government and ELN to take real paths of dialogue and negotiation, to seek complete peace with substantial transformations. (CE) (Agenzia Fides, 5/6/2020)