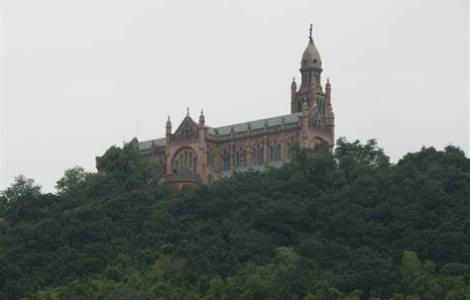 Vatican City (Agenzia Fides) - After the Regina Caeli prayer from the Library of the Vatican Apostolic Palace, the Holy Father yesterday remembered the "World Day of Prayer for the Church in China" with these words: "Dear brothers and sisters,
Let us join spiritually with the Catholic faithful in China, who today celebrate with particular devotion the Feast of the Blessed Virgin Mary, Help of Christians and Patroness of China, venerated in the Shrine of Sheshan in Shanghai. Let us entrust to the guidance and protection of our Heavenly Mother the Pastors and faithful of the Catholic Church in that great country, so that they may be strong in faith and steadfast in fraternal union, joyful witnesses and promoters of charity and fraternal hope, and good citizens.
Dearest Catholic brothers and sisters in China, I wish to assure you that the universal Church, of which you are an integral part, shares your hopes and supports you in your trials of life. She accompanies you with prayer for a new outpouring of the Holy Spirit, so that the light and beauty of the Gospel may shine in you as the power of God for the salvation of whoever believes. In expressing to you all once again my great and sincere affection, I impart a special Apostolic Blessing. May Our Lady keep you always!"
The Holy Father therefore entrusted to the intercession of Mary Help of Christians "all the Lord’s disciples and all the people of good will who in this difficult time, in every part of the world, committedly and passionately work for peace, for dialogue between nations, for service to the poor, for the care of creation and for the victory of humanity over every disease of body, heart and soul".
The "World Day of Prayer for the Church in China", celebrated every year on May 24, in conjunction with the feast of Mary Help of Christians, particularly venerated in the Marian Shrine of Sheshan in Shanghai, was established by Pope Benedict XVI in the Letter to Chinese Catholics, published on May 27, 2007.
Finally, Pope Francis recalled the fifth anniversary of the Encyclical Laudato Sì, "with which I sought to draw attention to the cry of the earth and of the poor", and announced that thanks to the initiative of the Dicastery for Promoting Integral Human Development, the “Laudato si’ Week”, just celebrated "will blossom into a special Year of the anniversary of Laudato Sì, a special year to reflect on the Encyclical, from May 24 this year until May 24 next year. I invite all people of good will to join in, to take care of our common home and our most fragile brothers and sisters. The prayer dedicated to this Year will be published on the site. It will be good to pray it". (SL) (Agenzia Fides, 25/5/2020)

AFRICA/IVORY COAST - Fr. Jean-Baptiste Akwandan elevated to the dignity of Chaplain of his Holiness: "a manifestation of God's blessing towards the Atchan people