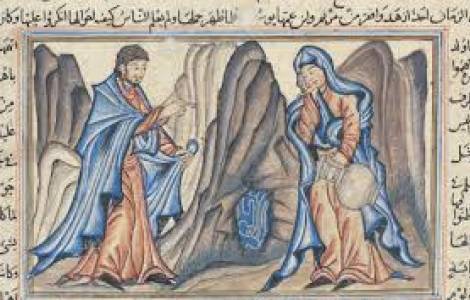 2020-10-14
Maronite Patriarch: Negotiations over sea borders do not represent "normalization" of bilateral relations with Israel

2020-09-22
Towards Mission Sunday - The National Director of the PMS: "Become messengers of peace and mercy"

Beirut (Agenzia Fides) - Lebanese Christians and Muslims invite their compatriots to join on the day of "Prayer for humanity" promoted by the Higher Committee for Human Fraternity on Thursday 14 May, with the intention of asking God, with prayers, fasting and good charity, to save humanity from the coronavirus pandemic. The initiative, immediately relaunched by Pope Francis and by sheikh Ahmed al Tayyeb, Sunni Grand Imam of Al Azhar, in Lebanon found the prompt and concrete adhesion of groups who every year animate the celebrations for the feast of the Annunciation and manifest their common devotion to the Virgin Mary.
Naji el Khoury, Secretary General of the "Islamic-Christian meeting around Mary", announced the detailed program of the initiative convened by his organization as a sign of active adhesion to the appeal of the Higher Committee for Human Fraternity. At 4pm on Thursday 14 May - Naji el Khoury reported in the Lebanese media - the members of the association will meet in a hall of the Heritage Village, on the way to Beirut airport, taking all the necessary precautions from a health point of view – face masks, gloves, distancing among people - and they will create an Islamic-Christian celebration to ask - each according to his faith - that God relieves everyone from the pandemic contagion potentially capable of threatening the lives of billions of people.
The participants in the meeting, re-broadcast by several television networks, including Noursat-Tele Lumiere and Al Iman TV, will fast from dawn. The program of the afternoon celebration includes two speeches by Archbishop Joseph Spiteri, Apostolic Nuncio in Lebanon, and Shiite Sheikh Sayyed Ali Fadlallah, son of the great Ayatollah Sayyed Muhammad Fadlallah (a prominent figure of Lebanese Shi'ism, who died in 2010) and head of the Mabarrat Foundation. After the speeches of the Nuncio and the Sheikh, 15 members of the Association, Christians and Muslims, men and women, will recite short prayers, with pauses of silence and recollection between one supplication and another. At the end of the meeting, all the participants will read together a supplication to the Almighty God.
In the difficult days experienced in Lebanon, in a serious economic crisis, the meeting promoted by the Association aims to be "an invitation to fraternity", and an opportunity to meet, after the isolation measures imposed by the epidemic have prevented the realization of the traditional moments of devotion shared with Mary, on the occasion of the feast of the Annunciation (25 March).
This year, as reported by Agenzia Fides, (see Fides 25/3/2020), Lebanese Christians and Muslims did not meet in squares and churches to venerate the Virgin Mary together on the Marian solemnity of the Annunciation of the Lord, proclaimed since 2010 as a national holiday in the Country of Cedars. The provisions issued by political and religious institutions to curb the coronavirus pandemic entailed the cancellation of any event involving gatherings of people. For this reason, an initiative spontaneously took shape to celebrate the Virgin Mary in the conditions of restriction and isolation in which the Lebanese population finds itself living at the time of the pandemic: Christians and Muslims, each in their own home, will be able to recite together a prayer to the Virgin throughout the country through social networks by the Aydan Foundation, the well-known association that promotes dialogue and religious pluralism inaugurated in 2007 by the priest Fadi Daou. In Lebanon, the feast of the Annunciation of the Lord has been proclaimed a National Day since 2010. In recent years there have been many initiatives in which Christians and Muslims share together, on the occasion of this feast, acts of veneration towards the Virgin Mary. Sunni Sheikh Mohamad Nokkari, who teaches in the faculty of law in Beirut, Dubai and Strasbourg, wanted to further national reconciliation and inter-communal friendship, by raising the profile of the Virgin Mary, who is a point of reference for both Christians and Muslims (see Fides, 25/3/2019). The choice of date to have Christians and Muslims celebrate Mary fell on the feast of the Annunciation, also because the Annunciation of the Angel to Mary is narrated both in the Gospel and in the Koran. Mary is the only woman mentioned by name in the Koran 34 times (while Mary's name appears in the Gospels 19 times).
The first Islamic-Christian celebration of the Feast of the Annunciation was hosted in the Lebanese sanctuary of Our Lady of Jamhour, in 2007.
Political leaders were impressed by the initiative, and in 2010 Prime Minister Saad Hariri, proclaimed March 25 a national holiday, the day on which the Annunciation is celebrated. (GV/PR) (Agenzia Fides, 12/5/2020)

ASIA/HOLY LAND - Bethlehem: Christians and Muslims together against Mohammed cartoons

ASIA/HOLY LAND - Bethlehem: Christians and Muslims together against Mohammed cartoons

AMERICA/NICARAGUA - Parishes in a critical economic situation, but they do not stop aid to the poorest

AMERICA/BOLIVIA - All Saints' Day: Eucharistic Adoration and Concert "for a missionary Church"