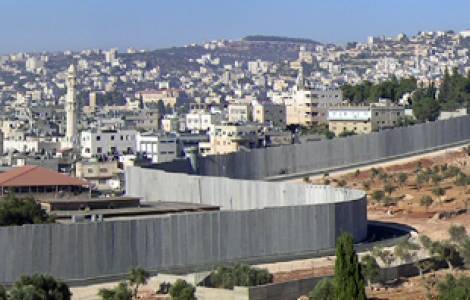 2020-10-07
The Latin Patriarchate of Jerusalem thanks the Order of the Holy Sepulcher for its support. Debts for the University of Madaba have been fully repaid

2020-10-03
Heads of the Churches in Jerusalem: the UN and world leaders must stand up for an end to the conflict in Nagorno-Karabakh

Jerusalem (Agenzia Fides) - Israel's plans for unilateral annexation of West Bank lands, "backed mainly by right-wing factions", raise "catastrophic questions" about the feasibility of any peaceful agreement to end the decades’ long conflict, one that "continues to cost many innocent lives" as part of a "vicious circle" of endless human tragedies and suffering. The Patriarchs and Heads of the Churches of the Holy Land recall this in a statement on the stagnation of the Peace Process in the Middle East released on Thursday 7 May. A few hours after the release of the statement of the leaders of the ecclesial communities, Israeli President Reuven Rivlin entrusted Prime Minister Benjamin Netanyahu with the task of forming the new coalition government with former rival Binyamin Gantz of the "Blue and White" Party, after the Israeli Supreme Court had de facto given the green light to the government agreement between Likud and the Gantz party, rejecting petitions asking to exclude Netanyahu himself, still on trial on charges of corruption

It should be remembered that the "solution" project of the Israeli-Palestinian conflict launched by the US on January 28, defined by President Donald Trump as "the plan of the century" gave Israel the possibility of extending sovereignty to settlers scattered throughout the West Bank, but at the same time he asked Israel to freeze the construction of new settlements in the Arab territories for four years. In February, at the height of the last election campaign, (see Fides, 24/2/2020), Israeli Prime Minister Benjamin Netanyahu had announced that over 5,000 new homes for Israeli settlers will be built in key areas of East Jerusalem, in the neighborhoods of Har Homa and Givat Hamatos. Both neighborhoods are located in the last lands that connect the Palestinian areas of the West Bank to East Jerusalem.

The Council of Patriarchs and Heads of the Holy Land Churches - reads the statement released May 7 - views such unilateral annexation plans "with the utmost concern and calls upon the State of Israel to refrain from such unilateral moves, which would bring about the loss of any remaining hope for the success of the peace process". The Council also calls upon "the United States of America, the Russian Federation, the European Union, and the United Nations to respond to these unilateral annexation plans with a time-delimited and phased Peace Initiative in line with International Law and United Nations resolutions on the matter, in order to guarantee a comprehensive, just, and long-lasting peace in this part of the world that is considered Holy by the three Abrahamic Faiths".
In their statement, the Patriarchs and heads of the Holy Land also turn to the Palestinian Liberation
Organization (PLO), defining it as "the sole legitimate Representative of the Palestinian people, to resolve its internal disputes—as well as any conflicts with other factions that are not under its umbrella—in order to present a unified front dedicated to achieving peace and the building of a viable State that is founded upon pluralism and democratic values".
The declaration of the Heads of the Holy Land Churches is signed by 13 Patriarchs, bishops and representatives of ecclesial realities, including Greek Orthodox Patriarch of Jerusalem, Theophilos III, Archbishop Pierbattista Pizzaballa, Apostolic Administrator of the Latin Patriarchate of Jerusalem, and Father Francesco Patton ofm, Custos of the Holy Land. (GV) (Agenzia Fides, 8/5/2020)

ASIA/TURKEY - "Kemalist theologians": the conversion of Hagia Sophia into a mosque fuels Islamophobia