ASIA/AFGHANISTAN - The Barnabite, Fr. Moretti: "A step forward towards peace, but uncertainties remain" 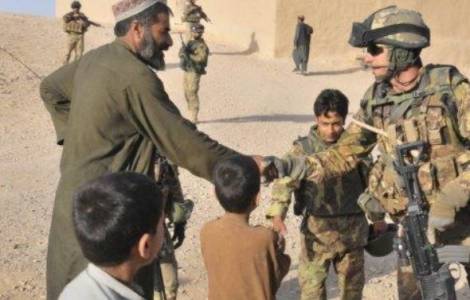 2020-12-22
The Scalese Barnabite: "The country is under the protection of the Virgin Mary who weaves the threads of peace"

Rome (Agenzia Fides) - "We thank God because a step has been taken towards a future of peace for Afghanistan. However, we must be aware that this is a small step, which should not be exaggerated, but must be treated with great prudence and balance. Indeed, many concerns remain, primarily due to the fact that the Doha Agreement was signed only by the US government and the Taliban movement. It has always impressed me how, in the course of the negotiations, the United States kept the legitimately constituted Afghan government aside". This is the comment released to Agenzia Fides by Barnabite Fr. Giuseppe Moretti, missionary in Afghanistan from 1990 to 2015. "Among the conditions of the Doha agreement, among other things - the missionary continues - the rendition of prisoners is foreseen: is this a responsibility for the Americans or an Afghan political issue? All that concerns the present, the past and the future should be treated by those who make up the country, positive or negative", he notes, remarking the "big absentee" at the table, that is to say the government of Kabul.
The pact provides, on the one hand, for the reduction of the American military presence to 8600 men within 135 days and the complete withdrawal within 14 months; on the other hand, the Taliban undertake not to encourage the presence, in Afghan territory, of terrorist organizations ready to plan attacks abroad.
The situation, according to Fr. Moretti also remains uncertain because "the agreement provides for a second step, consisting of the direct meeting between the Afghan government and the Taliban. But who will lead this phase of the dialogue? After much-discussed elections, the alleged winner turns out to be Ghani, but his opponent Abdullah Abdullah has already contested the outcome of the votes, thus increasing the internal weaknesses of the government that will have to interface with the Taliban. They, on the other hand, live in the same state of uncertainty, because it is not certain that the group that signed in Doha represents the thought of all the different factions that make up the Taliban movement".
The Barnabite shifts the focus to the issue of rights: "It remains to be understood what will become of the rights achieved by women over the years: in fact, there is talk of the establishment of an Islamic Emirate of Afghanistan. According to analysts of Islamic reality, the word 'emirate' is equivalent to the application of the shari'a, the Islamic law. It cannot be forgotten, then, that the agreement provides for the Taliban's commitment not to allow the various branches of Al Qaeda and jihadist groups to enter the Afghan territory but, according to analysts, several members or factions of the Taliban movement are linked to the international Islamist universe", notes the Barnabite. Fr. Moretti concludes: "There is talk of peace, but I believe that it is currently only a relative peace, which does not give security. It is a first step and more are needed. The hope is that Afghanistan can begin a real path towards building a human nation, a path in fact made of serenity, development and peace". (LF) (Agenzia Fides, 3/3/2020)

ASIA/INDONESIA - Churches and civil society groups: in the new year a common commitment to eliminate hatred and promote peace

ASIA/AFGHANISTAN - The country is unprepared to face the Coronavirus crisis