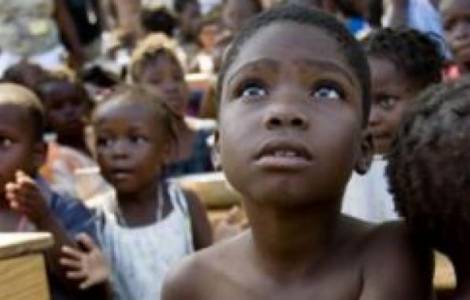 Port au Prince (Agenzia Fides) - The Human Rights Analysis and Research Center in Haiti (CARDH) defined the lack of respect for the rights to life, safety and free mobility in the country as "alarming", due to the situation that this Caribbean country has been living for a few months. In 2020 alone, kidnappings reached an "unprecedented" percentage compared to past years.
At the end of January, the authorities informed of at least 15 kidnappings during the month, while the Episcopal Commission for Justice and Peace denounced the violent death of at least 20 people in the metropolitan area of Port au Prince due to violence, clashes and thefts.
The report, sent to Fides, highlights that families must deal directly with the kidnappers, without informing the police, otherwise the victims are killed. This is also due to the suspected links between gangs and law enforcement agencies. "There are cases of victims killed after paying the ransom, under the helpless or complicit gaze of the authority", the report points out.
On Monday evening, February 17, demonstrations by members of the Haitian police force in the capital Port-au-Prince degenerated into episodes of violence and vandalism. The police apparently destroyed the carnival stalls and set them on fire and started shooting in the air. The government defined what happened as "barbaric, illegal, unacceptable and unworthy on behalf of the police" which, according to the prime minister's office, recall "the indiscriminate violence of extremists and terrorists".
Redemptorist missionary and regional superior in Haiti, Father Renold Antoine, commented this dramatic situation to Agenzia Fides. "Sadly, since the beginning of this new year, the metropolitan area of Port-au-Prince and its surroundings is experiencing a situation of insecurity that worries everyone. There is not a single day without cases of kidnapping. Although the members of the national government announce measures to stop the kidnappings, criminals continue to carry out their activities. The population has taken to the streets many times to protest the situation of insecurity and at the same time ask the public forces to take responsibility, so that peace returns and people can move around without fear of being kidnapped. The population is exhausted! That is why, as a Church, as missionaries, we invite the leaders of the country to find the best ways to stop criminal activities, in particular the kidnappings".
Haiti is the poorest country in Latin America, with a population living on less than $ 2 a day. Furthermore, since last summer, a political crisis has paralyzed the country, with serious repercussions on the economy. The streets are dark because there is no electricity and insecurity is perceived everywhere.
Many young people leave the country in the hope of a better future, but unfortunately many of them remain trapped on the border between Guatemala and Mexico, or in the midst of other caravans of migrants who do not reach their destination. (CE) (Agenzia Fides, 20/02/2020)

AFRICA/CENTRAL AFRICA - A missionary: "Let's challenge the virus with prayer, charity and hope"

AFRICA/SOUTH SUDAN - Covid-19, "humanitarian aid for the population must be guaranteed"