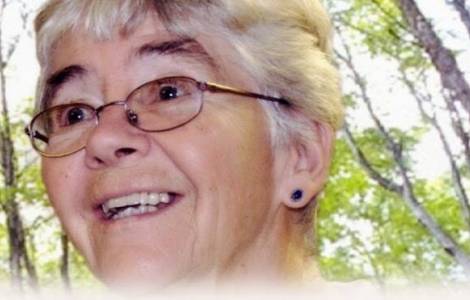 2021-04-07
Two online courses on missionary formation: "Formation for the mission" and "Biblical sources for the Mission"

2021-03-27
A missionary: "The Church accompanies the peoples of the Amazon on their path of joy and authenticity"

2021-03-23
Fraternity Campaign Collection: Fundraising appeal for families affected by the effects of the pandemic

2021-03-15
Call to combat human trafficking: new forms of recruitment devised during the pandemic

Parà (Agenzia Fides) - Five years ago, commemorating the tenth anniversary of the violent death of Sister Dorothy Stang, the Bishop of the Prelature of Alto Xingu-Tucuna (Brazil) and President of the Indigenous Missionary Council (CIMI), Archbishop Erwin Krautler, during the Eucharistic celebration, recalled: "When we buried the body of Sister Dorothy in February 2005, we did not bury it, but sowed it. She is a seed that will bear many fruits". By providential coincidence, on the anniversary of the death of the American missionary who had dedicated her life to the peoples of the Amazon, on February 12, the post-synodal apostolic exhortation "Querida Amazonia" was published, the result of the Special Assembly of the Synod of Bishops for the Pan-Amazonian Region of the Amazon: new paths for the Church and for an integral ecology held in Rome from 6 to 27 October 2019.
Fides received from A12 agency of the Redemptorists of Brazil, a report on the importance of this historical memory. "A12 commemorates the 15th anniversary of the murder of Sister Dorothy Stang. A woman who paid with her life for her struggle for the poorest and most forgotten".
The brutal murder of Sister Dorothy, a religious of the Congregation of the Sisters of Notre Dame, took place on Saturday 12 February 2005, in Anapú, in the south-west area of the State of Parà (Brazil). Sister Dorothy, an American missionary, 73, had worked for more than 20 years in the Pastoral Commission of the Earth (CPT), firmly and passionately accompanying the life and struggle of field workers, especially in the Trans Amazonian region of the State of Para. Due to her denunciation of the violent action of the "fazendeiros e grileiros", Sister Dorothy had received death threats since 1999.
She taught the most needy to fight for their rights, founded dozens of schools, taught the role of each governmental body (Ibama, Incra, etc.) and how each worker could pursue his or her rights. In recognition of her work in favor of the poorest, the religious, who had acquired the Brazilian nationality, had received in 2004 the title of "citizen of Parà". Also in 2004 she was awarded the "José Carlos Castro" prize of the Brazilian Bar Association, for her commitment in defense of human rights (see Fides 15/02/2005).
In April 2019, the CPT in the last edition of its annual report "Conflitos no Campo Brasil 2018", now in its 34th publication, recorded 1,489 conflicts in 2018, compared to 1,431 in 2017, which represents an increase of 3.9%. Most of these conflicts, according to Antônio Canuto, a journalist and CPT collaborator, are concentrated in the Amazon region. Overall, about 1 million people are involved, an increase of 35% compared to 2017, when 708,520 people were involved. (CE) (Agenzia Fides, 12/02/2020)

AMERICA/BRAZIL - REPAM: alarming increase in the number of infections and deaths due to Covid-19 in the pan-Amazon region

AMERICA/BOLIVIA - One year after "Querida Amazonia", the appeal to dream of an Amazon where the rights of the poorest are still valid

AMERICA/EL SALVADOR - Dedicated to St. Oscar Arnulfo Romero, Bishop and Martyr, the hospital chapel where he was killed

AMERICA/GUATEMALA - April 23 the beatification of the martyrs of Quiché: 3 missionary priests and 7 lay people "faithful witnesses of God"