ASIA/PAKISTAN - 42 Christians have been released, accused of "riots" after attacks on the Churches of Lahore 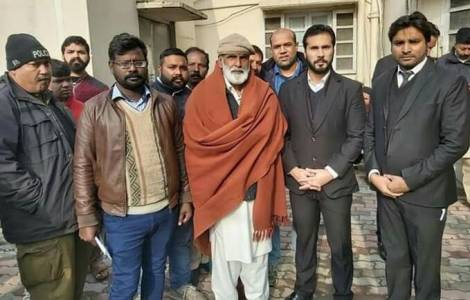 Lahore (Agenzia Fides): "Justice prevailed and hope was restored, thank God. We appreciate the work of the special anti-terrorist Court of Lahore for their decision to release 42 Christian prisoners accused of participating in clashes and riots after the suicide bombings that hit two Churches in Lahore in March 2015": says, Fr. Qaisar Feroz OFM Cap, executive Secretary of the Episcopal Commission for Social Communications, to Fides, expressing satisfaction and gratitude also towards "the government of Pakistan, leaders of the Catholic Church, Christian political leaders, activists and human rights defenders". Fr. Feroz also states: "The current government is demonstrating its commitment to religious minorities in Pakistan. The 42 people freed are heads of families and their families have suffered a lot in the past 4 years. Now they will be able to return to normal life again".
The ordeal for the Christians began on March 15, 2015 in Lahore: in the Christian neighborhood of Youhanabad, two suicide bombers attacked two Churches, the Christ Church (Protestant) and the St. John Church (Catholic). During these fatal attacks more than 70 people were injured and 15 people died including 11 Christians and 4 Muslims. Among the young people who died, there is the Christian Akash Bashir - a young man who stopped the suicide bomber at the entrance of the Catholic church of St. John, sacrificing himself to avoid a major massacre.
After those attacks, Christians protested on the streets of the city and, during the protests, two Muslim men lost their lives in a sort of lynching, suspected of being connected to the suicide bombers. The Church and public opinion condemned this violent reaction. Following the unrest, the police, after appropriate investigations, filed charges against the protesters for killing the two men and destroying government property, initiating raids in the Youhanabad neighborhood and 42 Christian men were arrested. In 2016, a judicial proceeding was initiated before the anti-terrorism court in Lahore.
On January 29, the court ordered the release of 42 Christian men, while their families reached an agreement for financial compensation to the families of the two Muslims killed.
Kashif Aslam, coordinator of the Episcopal Commission for Justice and Peace (NCJP) in Karachi, speaking to Fides, said: "It has been enormous suffering for the families of these 42 accused. Now it will take a long time for them to re-enter the family fabric, in many cases torn or broken up and to find a job. " The Commission has worked to support these families in every possible way, he reports.
Sabir Michael, a Catholic human rights activist, speaking with Fides, said: "It is a moment of joy for the whole community. Even if these people need time to get out of this trauma, we hope for their own good and for the good of their families". (AG) (Agenzia Fides, 30/1/2020)

AFRICA/DR CONGO - Covid-19: fears of a catastrophe in prisons if no action is taken in time