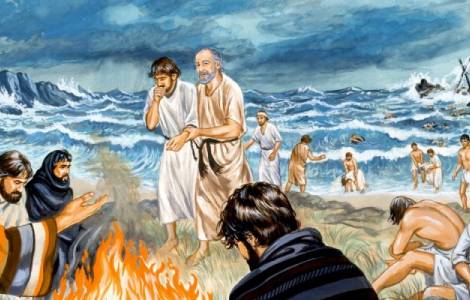 2020-02-17
From the sanctuary of Guadalupe, Archbishop Dal Toso starts the preparation for the continental missionary event, CAM 6

2020-02-15
New tools of discernment for animation, formation and missionary cooperation on the continent

Mexico City (Agenzia Fides) - The material for living the Week of Prayer for Christian Unity, from 18 to 25 January, was prepared this year by the Christian Churches of Malta and Gozo. Every year on February 10th they celebrate the feast of the shipwreck of Saint Paul and, with this event, the evangelization of the islands. The reflections and the motto, "They treated us kindly" (Acts 28, 2) therefore have as their theme the journey of the Apostle, prisoner and chained, who had to face storms at sea. As the Bishop of Veracruz, Carlos Briseño Arch, President of the Episcopal Commission for Interreligious Dialogue and Communion of the Mexican Episcopal Conference recalls in his message, "prisoners, sailors and soldiers were shipwrecked and arrived on an island, where the inhabitants did not speak their language, did not share their culture or religion, but were warmly welcomed, with food and clothes and treated with kindness".
In the text sent to Fides, the Bishop of Veracruz explains: "This passage in the life of Saint Paul reminds us of scenes that we currently see in the news: migrants facing storms, are received on many occasions with indifference, discrimination and rejection; they are kidnapped or exploited and even subjected to human trafficking. Is this the attitude of a Christian? Is this what God expects of us?"
Citing Pope Francis who has denounced this situation several times, Mgr. Carlos Briseño Arch stresses that "migrants, refugees, displaced persons and victims of trafficking have become an emblem of exclusion because, in addition to enduring the difficulties due to their conditions, they are often subject to negative judgments, as they are considered responsible for social diseases. The attitude towards them constitutes an alarm signal, which warns us of the moral decay that we face if we continue to give space to the culture of waste.
In Mexico one of the pastoral commitments of the Global Pastoral Project (PGP) is to identify and accompany vulnerable groups in society, migrants among others. "The materials we offer for the eight days - concludes the Bishop - have been prepared to pray for the unity of Christians, but a unity that does not exclude anyone, that does not forget anyone, especially the most disadvantaged, the weakest and, among these, migrants". (SL) (Agenzia Fides, 18/1/2020)

VATICAN - Pope Francis invites to respond to the pandemic of the virus "with the universality of prayer, of compassion, of tenderness"

EUROPE/ITALY - Scalabrinian social campaign for the redemption of migrant women

EUROPE/ITALY - Scalabrinians: one out of three migrants is a child, a sign that the international crisis is becoming stronger and stronger

AMERICA/PANAMA - Bishops: "listening, respect and dialogue are needed to build the homeland"