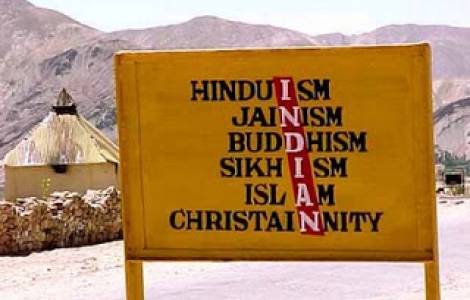 2020-09-30
Vocations to the priesthood flourish during the pandemic

2020-09-19
Suicides on the rise: the Church offers online psychosocial support to people in difficulty

New Delhi (Agenzia Fides) - The controversial Citizenship Amendment Act (CAA), approved in India in December, discriminates against Muslims, is not inclusive and needs to be expanded: this is what a group of 15 between Catholic priests and Protestant Pastors say, who launched an appeal to the Hindu nationalist party Bharatiya Janata (BJP), to the government in the Indian Federation. Christian leaders met with the president of the party, J.P. Nadda together with the vice presidents, Dushyant Gautam and Tom Vadakkan.
As reported to Fides, Christian leaders expressed their disappointment regarding the new law, approved last month, which guarantees citizenship to Buddhist, Hindu, Jainist, Parsi and Sikh refugees, but not to Muslims fleeing persecution and coming from three Muslim-majority countries: Pakistan, Bangladesh and Afghanistan. The measure has raised widespread national protests.
Speaking with Christian leaders, J.P. Nadda said that the BJP had also considered the persecution of Christians in the three predominantly Islamic neighboring countries, which is why the Christian community was also included.
Michael Williams, a Christian educator present at the meeting, told Fides: "All people are equal. Since all people are equal, any law must be based on the person and not on religion or other criteria. We are willing to welcome everyone with open arms". "We said that the CAA is an incomplete legislative act, if not all are included. And all of us Christians have agreed on this position", Williams points out.
The delegation pointed out to Nadda that the law was passed without any discussion in Parliament and without broad consensus, while "the discrimination of Muslims is not acceptable in a secular India: no law should discriminate". The group then reported to Nadda that there are other persecuted Muslim groups such as Ahmadiy and Rohingya that are targeted in neighboring countries.
Jesuit Father Denzil Fernandes, Director of the Indian Social Institute, among the Catholic priests present, said, as stated by the president, the BJP party believes it acted "to protect the persecuted minorities" and added to Fides: "We expressed our concern for the law. We said there are problems with the selective nature of the law and that every law should be neutral to religion. The law cannot be selective. There are also persecuted Burmese refugees. Any religion-based law is highly problematic. The law should be expanded".
There are 200 million Muslims in India, out of 1.3 billion Indian citizens. (SD) (Agenzia Fides, 8/1/2019)

ASIA/LEBANON - Maronite Patriarch: the proposal on "Lebanese neutrality" is not aimed "against" Hezbollah

AMERICA/BRAZIL - In 2019, violence against indigenous communities and territories doubled

AFRICA/NIGERIA - The continuous desecrations force the closure of a church

AMERICA/NICARAGUA - "Nobody is above the Constitution": Mgr. Mata on the new laws that repress human and political rights