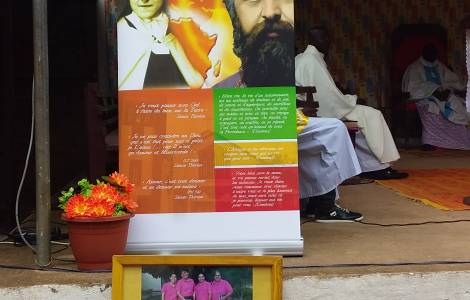 2019-10-14
Extraordinary Missionary Month: "We do not reach faith alone or through our own efforts" says the Bishop of Goré

2019-07-27
A cereal bank against exploitation and poverty

2018-10-11
Appointment of the National Director of the PMS, Fr. Barthélemy Kikina Wang-Tou

EUROPE/ITALY - A Day to remember the missionary martyrs