ASIA/PAKISTAN - The Pakistan Christians Parliamentarian Forum at the start 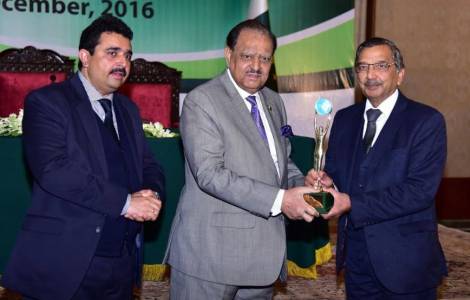 Lahore (Agenzia Fides) - The Pakistan Christians Parliamentarian Forum has been launched in Pakistan, a body in which Christian parliamentarians from different parties gather to discuss, confront each other and find solutions to the serious problems that Christian communities across Pakistan have. "It is a dream come true", said to Agenzia Fides Peter J. David, Director of the "Forman Christian College" of Lahore, which has been pursuing this idea for 20 years. David reports that he "discussed this years ago with the late Shahbaz Bhatti, martyred in 2001", and to have found a favorable opinion by other members such as Akram Gill, Kamran Michael and Khalil Tahir Sandhu.
Above all thanks to the concrete support of Aamir Naveed Jeeva, a member of the National Assembly in the Pakistan Popular Party, the idea became a reality: "We are starting a process and an organization that will see parliamentarians united in a single platform to tackle political, social and religious problems together", he says.
Among the issues that can be addressed, highlighted David, there are important issues such as discrimination against Christian minorities, lack of job opportunities for Christians, the limited educational opportunities for young people, the poor Christian representation in the judiciary, in law enforcement, the impact of blasphemy laws on the Christian community in Pakistan.
After a first cognitive meeting and a first programmatic meeting, held in recent days in Lahore, the next meeting has been set for February 2020, when the Forum will officially be presented, the Statutes will be approved, a strategic plan and a political path to be followed will be outlined.
As stated by Naveen Aamir Jeeva, the Forum includes Christian MPs from four provinces - Punjab, Sindh, Baluchistan and Khyber Pakhtunkhaw - and will use the resources from their respective political parties to achieve common goals. "It will also be a bridge between community, clergy and social activists", he notes.
One reason for the desire to form the Forum was the hostile attitude of the government of the Province of Khyber Pakhtunkhaw, which is trying to take control of an important and historical Christian Institute, the Edwardes College Peshawar (see Fides, 12/10/2019), "using illegal measures to nationalize it", say Christian leaders.
Jeeva Naveen Aamir explains: "For the first time in the history of the country, this type of iniziative is being promoted. Beyond the belonging to any party, let us join efforts to promote the human, social and political life of Christians in Pakistan, in order to remove barriers that the Christian community is facing, giving voice to all. Discrimination and hatred for religious minorities urge us to take care of minorities in Pakistan, especially by seeking the path of education of community members".
Ejaz Alam Augustine, Christian MP and minister of human and minority rights in Punjab province, says: "We must work together for our community, for the Christians in Pakistan have a number of issues and concerns that affect them. The collaboration of Christian MPs in this Forum is a very positive step. A burning issue as the forced conversion of Christian women and minors is a major concern. I encourage all Christian MPs to participate in these meetings, to be part of it and make it stronger for a good cause". (KN-PA) (Agenzia Fides, 14/12/2019)

ASIA/INDIA - The innocent seven of Kandhamal, witnesses of faith

AMERICA/ECUADOR - In memory of Mgr. Proaño the natives ask for respect

AFRICA/EGYPT - Al Sisi at the vigil of Coptic Christmas: "If we love God, we must love each other"