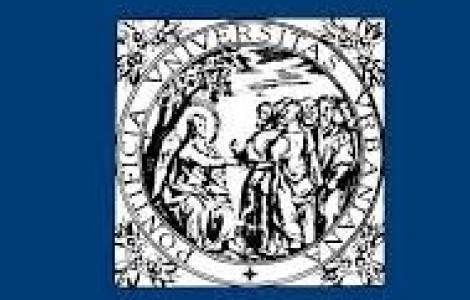 Vatican City (Agenzia Fides) - Ample space in the works of the International Congress "From Maximum illud to Evangelii gaudium", "on the urgency of the missionary transformation of the Church" (see Fides, 26/11/2019), which closes today at the Pontifical Council Urbaniana University, was reserved for "mission contexts" in the various continents, highlighting challenges and hopes. Here are some observations taken from the many speakers who enriched the reflection.
Among these, Prof. Eloy Bueno, of the Facultad de Teologia del Norte de España, pointed out that European Churches must recover and update the meaning of the mission ad gentes, because this will enrich both the Church and the universal mission. This will help Europe find its role in a world Church and in a new international geopolitical context. This is an urgent task in a historical moment in which Europe is experiencing a strong crisis of identity and is distancing itself from Christianity.
A genuinely Christian lifestyle has already become a minority program in Europe, while Church celebrations are intended only as a cultural program, said Fr. Karl Wallner, National Director of the PMS in Austria, fearing at the same time that the theme of a "missio ad gentes" in Europe is not strong enough. The decline in the number of believers is already having an effect for the world mission, with a rapid decrease in donations for the young Churches. The collection for World Mission Sunday in Europe in 2008 amounted to 63 million euros, in 2018 only 40 million. In the missionary proclamation the church also has a modernization problem and has not yet arrived in the digital age, it does not yet make full use of television, radio and social media.
French Canada use to sent missionaries everywhere in the world in the 1950s. Catholicism was very strong and Canadians founded also Missionary congregations and institutes, recalled Fr. Yoland Ouellet, National Director of the PMS of the French-speaking area of Canada. We now passed from a catholic society to a very advanced secular world: bishops are talking about the exodus of the people of God living now in a spiritual desert with the modern values of materialism, individualism, narcissism, relativism, atheism. There are signs of hope and great challenges for the Mission in this context. In all the 28 French dioceses of Canada, we now talk about Mission, to form missionary-disciples and missionary communities of disciples, we rediscover the nature of the Church, the grace of our baptism. The challenge is the conversion of our catholic culture and ways to do and see things for years. Prof. Pierre Diarra, of the Institute Catholique de Paris, Secretary of the PMS in France, spoke of a changing Africa, in tension between difficulties and hopes, and dwelt on some missionary challenges to be faced, both theological and socio-cultural, concerning poverty, governance, the dialogue of salvation, insisting on the acceptance of the Gospel and fraternity in Christ, which presupposes the formation of all, commitment to the poor and the enhancement of the mission guaranteed by women.
In most African countries the mission situation is generally similar, with few particularities, explained Prof. Florence Oso, of the Department of Theology, Major Seminary, Bodija, Ibadan, Nigeria. Mission is carried out in the context of communities in which some know Christ and need a deeper understanding, while others have never known Christ, and this requires the missio ad gentes. Therefore the mission of the Church in Africa today is both to support faith and to establish faith. It is undeniable that the Church in Africa has faced challenges in various sectors and these have slowed down the progress of its evangelizing mission. Looking at the challenges that put mission in Africa to the test, the Professor cited ethnocentrism, ethno-political crisis, economic crisis/poverty, external pressures globalization, syncretism, Pentecostalism and other religious sects, terrorism/kidnappings, inter-tribal wars, religious conflicts, migration.
Prof. Clarence Sandanaraj Davedassan, of the Catholic Research Center in Kuala Lumpur, Malaysia, recalled that the Asian population is made up of almost 60 percent of the world's population, and almost 13 percent of this population is Christian. Asia is not only the place where Jesus and the Church was born, but also the place where the greatest number of world religions were born. The different and complex realities of Asia offer opportunities and challenges, but the Church's call to "go forth and evangelize" is renewed in the life of the Church, therefore Asia, with its plurality of religions and traditions, can offer the universal Church a different paradigm in the reflection on this call.
The main challenge in Asia is to evangelize the laity, who represent the most effective tool for the evangelization of the world. This was stated by Dr. Manoj Sunny, International Director for Formation Jesus Youth, former Coordinator of the Fraternity of Ecclesial Movements in Asia, who calls attention to the significance of reaching out to Asia and the need to focus on the evangelization of Asia, given the growing economy of Asia, the fast growth of China and India and the large number of migrations from Asia to different parts of the world as students, workers, families or refugees. The widespread phenomenon of migration and the dazzling and complex world of the media and technology, which particularly affects children, teenagers and youth, pose ever new challenges in the area of mission. With a reminder that all the baptized are “agents of evangelization", the focus moves to forming missionary disciples, to tell the story of Jesus in Asia, where it all began. (S.L.) (Agenzia Fides, 29/11/2019)

VATICAN - Conference at Urbaniana University: a Synodal Church on a mission on new world scenarios