ASIA/AFGHANISTAN - Civil society: what is the price of peace? 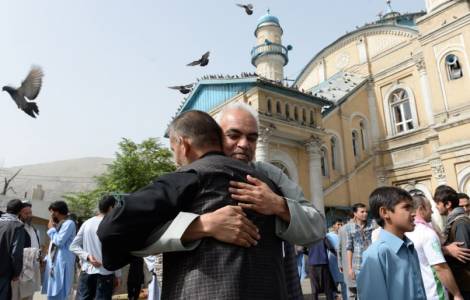 2019-11-20
The Barnabite, Scalese: "The exchange of prisoners, a necessary step towards peace"

Kabul (Agenzia Fides) - An exchange of prisoners relaunches the peace process in Afghanistan, while the electoral results of the presidential elections on September 28 remain uncertain. Yesterday, November 12, President Ashraf Ghani announced the release of three authoritative members of the Taliban, Haji Mali Khan, Hafiz Rashid and Anas Haqqani, Sirajuddin Haqqani’s brother, leader of the jihadist network and number two of the Taliban movement. A release is "conditioned" by the release of two professors of the American University of Afghanistan, kidnapped in Kabul in 2016: the American Kevin King, 63, and the Australian Timothy Weeks, 50.
The exchange of prisoners is needed to relaunch the negotiation process with the Taliban, interrupted last September 7 when US President Donald Trump announced the stop to negotiations, just as an agreement seemed imminent. Ghani calls for the Taliban to negotiate directly with the government of Kabul and to accept a ceasefire of at least a month.
The forthcoming release of Anas Haqqani, a member of the Taliban extremist wing, sparked a debate in civil society: what is the price of peace? On social media, the reactions are opposed: some praise the courage of President Ghani - who in the September 28th election run for a second term - while others denounce the compromise with bloody terrorists, responsible for the death of thousands of people.
"Dialogue is painful, but necessary", says Negina Yari, a member of the "Peace House" organization in Afghanistan to Agenzia Fides, an organization that, according to the leader, "gathers more than 1,000 members active in the 34 Afghan provinces". Among them are the messengers of peace: "They are university students, but not only, who spread a message of peace and social reconciliation. They do it in the main cities, but above all in the rural areas, where in general there is less activism". Among the issues raised in the meetings, there is "the inclusion of civil society and women in the peace process: without them there will be no stability or reconciliation". It is a long process that needs to be addressed: "I am willing to sit at the table with the Taliban, even though a month ago they killed my cousin, on the road between Ghazni and Kabul. I want to ask them: why did you do it? And then, how to build a united Afghanistan?". But on the political front, there is no unity: some presidential candidates on 28 September, including Prime Minister Abdullah Abdullah, a priori dispute the recount of the electoral commission's votes, while the announcement of the preliminary results is awaited. (GB) (Agenzia Fides, 13/11/2019)

ASIA/AFGHANISTAN - Fr. Scalese: "Peace in the future of Afghanistan, without turning back"

ASIA/AFGHANISTAN - Fr. Moretti: "The democratically elected government cannot be cut out from an agreement"

AFRICA/EGYPT - Al Sisi at the vigil of Coptic Christmas: "If we love God, we must love each other"

ASIA/INDIA - The new law on citizenship to immigrants "is unconstitutional": appeal to "civil disobedience"