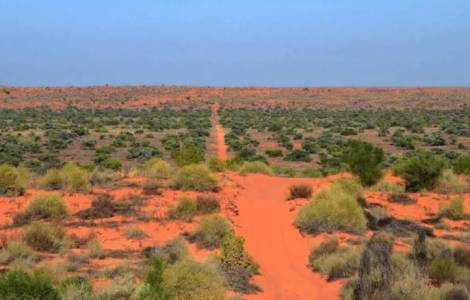 2020-01-30
Solidarity and community: coordination of Catholic bodies to help victims of fires

Sydney (Agenzia Fides) - The Catholic Church in Australia is dedicating the month of November as a time to pray for those affected by crippling drought conditions that is affecting certain areas of the country. According to the Bureau of Meteorology, the current drought is the worst in 100 years or more, with most parts of Australia’s eastern states declared to be in drought. At the invitation of the Australian Bishops' Conference, parishes, schools, families and other Catholic communities across the country are being encouraged to participate in the National Prayer Campaign for Drought.
In this regard, in a note sent to Agenzia Fides, Mgr. Columba Macbeth-Green, of the Paolini Fathers, Bishop of Wilcannia-Forbes explains: "Those people living where there is plentiful, or at least enough, water do not seem aware of how much suffering the drought is causing only adds to the hardship of those in drought-affected communities: The Church across Australia—lay people, religious, priests and bishops alike—needs to stand in solidarity with those suffering most acutely, offering prayers and practical support to those in most need".
The Bishop, at the head of a diocese that covers almost half of New South Wales, including some of the areas most affected by drought in the country, notes: "The month of prayer is an additional response to the local work being done in affected communities. Some of our Catholic ministries, along with other faith-based, charitable and government organisations, are doing remarkable work, supporting people with material needs, offering financial support and responding to people’s psychological and spiritual needs. But in a Catholic context, prayer must be a part of our response".
Even the Bible, explains the Bishop, presents stories in which rain represents God’s gift to the people who are suffering: "In times of drought like we are experiencing now, we should pray for God’s gift of rain, which will have the power to quench our arid lands and also lift many people’s fallen spirits", he concluded. (LF) (Agenzia Fides, 5/11/2019)

AFRICA/EGYPT - From Patriarch Tawadros a spiritual thought a day, in the time of the global epidemic

AMERICA/PERU - Solidarity, the strength to overcome the health emergency

AMERICA/PERU - Solidarity, the strength to overcome the health emergency

AFRICA/SOMALIA - Bishop Bertin: "Locusts and other calamities bring down Somalia"

AFRICA - African Catholics without church, sacraments and priests for covid-19: it is also an opportunity for growth