ASIA/PHILIPPINES - Study of the Catholic religion and the Bible in public schools: the Bishops say "Yes" 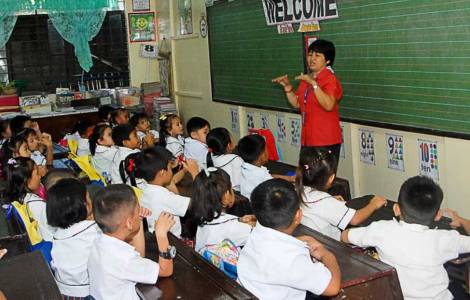 2019-12-23
Terrorist violence on Christmas eve: attack in front of the Cathedral

Manila (Agenzia Fides) - The Filipino bishops have welcomed the government's move to introduce the study of the Catholic religion and the reading of the Bible in public, primary and secondary schools. "It is a good proposal. We hope it will be approved", said Archbishop Arturo Bastes, Bishop of Sorsogon, former president of the Bishops’ Commission for the Biblical Apostolate, to Agenzia Fides.
Fr. Conegundo Garganta, Executive Secretary of the Bishops’ Commission for Youth, in the Bishops' Conference of the Philippines, defined the measure "relevant", arguing that "it will help the Churches in the task of spreading the Word of God". Furthermore, the measure - he said - will help to celebrate the "National Month of the Bible", which the nation celebrates in January each year, according to a proclamation issued by President Rodrigo Duterte in January 2017.
The parliamentary Bienvenido Abante Jr. presented the "Bill 2069", a bill that introduces the Catholic religion and biblical literacy as part of the curriculum of public schools run by the government. "If Christian principles were taught to our children, there would not be many problems of leadership, governance, peace and order", argued Abante. The best way to shape and strengthen the moral, spiritual, ethical, intellectual and social character of youth and personal discipline - he added - is to act at school, in the years of primary and secondary school education. "While we are defined as the only Christian nation in Asia, it seems that we have not really appreciated the importance of a book, the Bible, which is a literary masterpiece, the best-selling book in the world, the only one that offers a lasting solution to the challenges of man and society", said Abante.
According to the bill, subjects such as English and Filipino, in public schools, will include reading and discussion on texts taken from the Bible. In the case of Muslim students, the Koran can be replaced by the Bible.
Bishop Pablo Virgilio David of Kalookan, one of the Country's leading biblical scholars, welcomed the bill, recalling "the principle of respecting the religious freedom of all students". On the other hand, he added "we are happy that public education has not yet assumed the ideology of Western secularism that prohibits religion in public spaces and institutions", suggesting to include "a topic of the Bible" in the middle school curriculum. (SD) (Agenzia Fides, 15/10/2019)

ASIA/INDONESIA - Harmony and the common good: Cardinal Bo leads a group of religious leaders in Indonesia