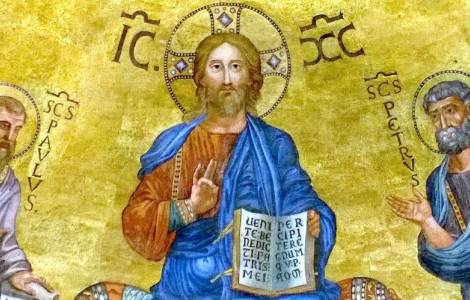 Vatican City (Agenzia Fides) - "Mission is first and foremost the work of God himself and is entrusted to the disciples who place Christ at the center of their lives. The Church lives and carries out the mission entrusted to her by Christ. Every baptized person, by virtue of baptism, is a missionary. All Christians, as children of God, having received the baptismal grace, are missionaries. The missionary activity, therefore, is not tied to the generosity of a few who are "sent" but, as emphasized by the "Evangelii Gaudium" of Pope Francis, all the Church of God is in a state of mission. Mission is the paradigm and form of the ordinary life of the Church and of all her pastoral activity, and is a thermometer of its vitality and fruitfulness": says Cardinal Fernando Filoni to Agenzia Fides, on the occasion of the solemn opening of the Extraordinary Missionary Month of October 2019, announced by Pope Francis "in order to arouse more awareness of the missio ad gentes" (Angelus, 22 October 2017). The Month is centered on the theme "Baptized and Sent: the Church of Christ on mission in the world"
On October 1, liturgical memorial of Saint Teresa of the Child Jesus, universal Patroness of missions together with Saint Francis Xavier, with the celebration of Vespers presided over by Pope Francis in the Vatican Basilica, introduced by a missionary vigil, the Extraordinary Missionary Month, which falls on the centenary of the letter "Maximum Illud" by Benedict XV, begins. That document, a hundred years ago, separated the work of evangelization from the work of colonization and laid the foundations for the creation of a native clergy and hierarchy in mission lands.
Throughout the world, the Extraordinary Missionary Month was welcomed by an extraordinary mobilization of lay and consecrated faithful. The intense animation and catechetical formation has seen the creation of subsidies in many nations, with the involvement of all age groups starting from the youngest, for the preparation and progress of the Extraordinary Missionary Month, an extraordinary occasion for the Church to renew the missionary zeal which is also the great aim of the Congregation for the Evangelization of Peoples and of the Pontifical Mission Societies (PMS), a worldwide network at the Pope's service to support the mission and the young Churches with prayer and charity. The PMS are at the service of the Church and give each baptized person the opportunity to live their faith by sharing it with others. Prayer, witness and charity are concrete ways that the PMS offer to live a missionary and universal faith.
In particular, all the national directions of the PMS have organized prayer initiatives and events planned all over the world.
To continue the missionary animation, on Monday 7 October, in the liturgical memorial of the Blessed Virgin Mary of the Rosary, the Rosary prayer led by Cardinal Filoni will follow in the Basilica of Santa Maria Maggiore, Rome. The Congregation for the Evangelization of Peoples and the Pontifical Mission Societies have invited Radio Maria to organize this event, which will have a global relevance since it will be broadcast live on radio and video by the approximately eighty Radio Maria stations scattered across the five continents. Finally, on Sunday 20 October, World Mission Sunday will be celebrated throughout the world. Pope Francis will preside the celebration of the Eucharist in St. Peter's Square at 10.30 am (Agenzia Fides, 1/10/2019)