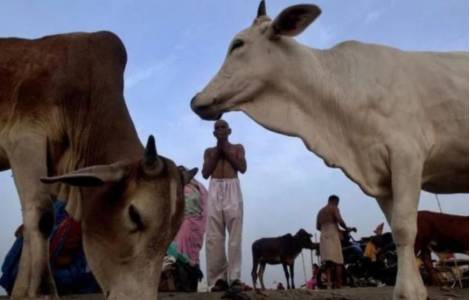 2020-12-09
Resignation and succession of metropolitan archbishop of Patna, India

Ranchi (Agenzia Fides) - Human rights activists, NGOs and Christian communities, civil society organizations condemn the case of the lynching of three members of a tribal community, one of them a Catholic, killed on September 23rd. "It is the fourth case of lynching in Jharkhand in recent weeks by vigilante groups that want to punish those who eat beef. The number of Muslims, Christians and Dalits, killed by these homicidal gangs over the past two years, is high. Those responsible may even have the patronage of political leaders of the Bharatiya Janata Party (BJP) in the state of Jharkhand. Surely they bask in the state of impunity that exists in the state, where Hindu nationalism prevails", explains to Agenzia Fides John Dayal, Secretary General of the All India Christian Council and spokesman for the All India Catholic Union.
According to police reports, a crowd of Hindu militants attacked three people, accusing them of having "slaughtered" a cow, an animal considered sacred by the Hindu religion. The three were allegedly slaughtering a cattle in the village of Jaltanda Suari, in the Khunti district. The first of the three, Barla, a Catholic, who suffered serious injuries, died before reaching the hospital. Two others, wounded, are in stable condition. The police arrested five people, the villagers surrounded the police station demanding their release.
Dayal notes that "although Prime Minister Narendra Modi has stigmatized the 'vigilantes on cows' of the states of Haryana and Uttar Pradesh, the recurrent extrajudicial killings are proof of the absolute lack of political will". "What is worse is to see the police who do nothing. The agents arrive late at the scene of the crime, delay in bringing the victim to the hospital, they fail to record the names of the people involved in the lynching. Judicial documents in cases of lynching speak for themselves", Dayal notes.
The state of Jharkhand is governed by a coalition led by the pro-Hindu party Bharatiya Janata (BJP), to which Prime Minister Modi belongs.
Researcher Gladson Dungdung, who works in Jharkhand, points out to Fides: "The right to food is a fundamental right of every individual in the country, provided for in Article 21 of the Constitution. No government or organization can decide what people should eat. The lynching carried out by the crowd in the name of protecting cattle becomes a state-sponsored murder".
Many tribal communities in Jharkhand have been eating beef for centuries because it is the cheapest source of protein and no one has ever been killed for it. In the last two years, cases of violence and murders against those who eat beef have risen sharply. According to Dungdung, "tolerance has always been a typical trait in our tribal society, even in respect among communities that eat beef and others that do not eat it", he notes.
After the case of a murder in April, in September, at least three similar incidents were reported throughout the state. (SD) (Agenzia Fides, 24/9/2019)